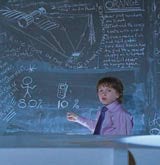 MPG will still handle the bulk of France Telecom’s &£200m business across Europe, including France, Spain and Switzerland. As well as the UK, Initiative will also handle media for France Telecom in Belgium, Denmark, Poland and the Netherlands. Initiative and MPG pitched against six other agencies, including OMD and Zenith Optimedia. France Telecom called a review in April with the aim of cutting the number of media agencies it worked with from nine to two. The move was prompted by France Telecom’s need to reduce its &£46bn debt.

Now the European review has been concluded, Orange is expected to appoint Naked Communications to handle its strategic media planning in the UK. The agency formerly worked with 3.