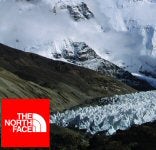 It is understood that the agency has been appointed without a pitch although it is not clear if there was an incumbent agency. Mediaedge:CIA was appointed to VF’s global media buying account last November but it is not thought to have worked on the business.

It is not known how much the account is worth, but VF is expected to increase spend on the brand as it launches it first fully owned European store in ski resort, Chamonix. There are already 25 branded stores although VF does not wholly own these.

Mediaedge won the VF account, which also includes Lee Jeans, JanSport and Nautica, last year after a competitive pitch. It is believed Mediaedge:CIA will continue to work on all other VF activity.

The North Face was founded 40 years ago, in 1966, in California and specialises in mountaineering, backpacking and skiing clothing and equipment. It began European operations in 1983.

Marketers are on alert after holiday group TUI, which owns the Thomson brand, announced it was axing 2,600 jobs in the UK. The company is not saying what departments will be affected by the job cuts, which will be implemented over the next two years, but it is likely the redundancies will be across the […]

Shazam, the mobile music company, has appointed AdConnection to handle its media planning and buying account. It won the account after it was switched from incumbent Rocket PHD. The agency will develop an integrated strategy with Kennedy Monk, w…

Vivid Imaginations, the toy company behind the Bratz brand in the UK, is planning an advertising blitz around Crayola as it seeks to reinvigorate the brand. Early next year, Vivid will kick off a television ad campaign, launch new products and r…