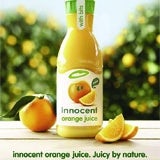 Innocent plans to double in size by 2013 by targeting a wider age group with new product launches and fresh brand messaging.

The smoothie maker will launch a food innovation in the summer and has growth plans to sell its products in more international territories over the coming months.

Innocent, now majority-owned by Coca-Cola, increased its UK brand penetration by 3 points from 14% in 2009 to 17% for the year ending 26 December 2010, according to TNS Worldpanel.

Marketing director Thomas Delabriere says: “My target for this year is to grow the brand by increasing penetration again in 2011 and increasing the frequency at which people use our products.”

To achieve this, Innocent will continue to focus on health and taste benefits, launch new innovations and talk to a broader audience with its marketing – from young children to older adults – while keeping the brand true to its original values.

Delabriere says the company is “investing massively” in its new “juice by nature” campaign to bring consumers in to the juice category.

Innocent will follow up with a new campaign focusing on its children’s drinks in March and then the subsequent new food product launch. 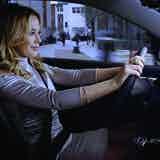 Lexus has unveiled a campaign featuring Kylie Minogue for the new CT 200h, claimed to be the world’s first hybrid luxury compact car. Pop singer Minogue is the marque’s new brand ambassador and the “Quiet Revolution” campaign also features a host of musicians, including Drum Roll, a group of drummers including Pauli Stanley McKenzie from […] 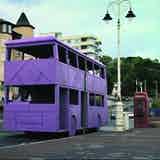 Marketing for the 2011 Census goes live 21 February with a communications strategy designed to give blanket coverage of the 26 million households across England and Wales. The results of the census will be used to shape investment in key public services during the next 10 years and high response rates will be essential for […]