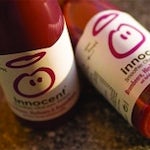 The agency beat Mother and Fallon in a pitch for the business. Rapier, which was also involved in the process, was eliminated at an earlier stage.

It is understood that Rainey Kelly will focus on the smoothies parts of the business, as Innocent’s owners Coca-Cola look to capitalise on the orange juice market. Under these plans, Fallon will continue to handle the advertising for Innocent’s Veg Pots and Orange juice drinks. Its most recent ad was for the veg pots.

A review of the business was first called in August and was handled by Agency Insight and Thomas Delabriere, the marketing director at Innocent.

Delabriere briefed the agencies to work on a specific project where incumbent agency Fallon would not be affected by the review.

At the time, a spokesperson for Innocent explained: “We are stepping up investment behind the innocent brand this year and next and as a result our creative agency Fallon is really busy working on a number of projects for us at the moment. we have decided to brief other agencies on a specific project that he has planned for early 2011.”

Innocent says it will be running work from them on TV later this year and Fallon is currently working on some new projects for 2011.

In April, Coca-Cola increased its stake in Innocent Smoothies to become the majority shareholder. The soft drinks giant has added a 40% stake to the 18% that it aquired last year. 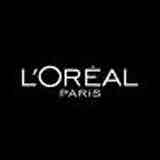