Innocent is calling on brands and bodies like the Advertising Standards Authority (ASA) to join forces to ensure businesses feel confident communicating their sustainability goals.

Just two months ago, the drinks giant faced accusations of ‘greenwashing’, coming under fire from the ASA for “misleading” climate claims made in a TV ad for its 2021 ‘Little Drinks, Big Dreams’ campaign.

It’s an experience the brand has learnt a lot from, says Hunter, who moves into her new role as CMO following two years as marketing director.

“It’s not enough to just have the big headline and say the big statement, you have to support that with action and evidence as well,” she states, speaking to Marketing Week at the launch of Innocent’s ‘Big Rewild’ campaign today (27 April).

My fear is that we end up having brands and businesses that take absolutely no action because they’re so nervous.

The smoothie brand has turned Trafalgar Square into a green oasis in a bid to raise awareness of the importance of biodiversity in urban spaces, highlighting the drinks company’s goal of reaching carbon neutrality by 2025. The new campaign encompasses the brand’s commitment to protect and preserve 2 million hectares of land.

The guidance around climate and sustainability is a “grey area” admits Hunter, who explains some of the conversation is about the product versus the “aspirations for your brand”. Furthermore, sustainability itself is a “hugely complex environment”, due to the ever-changing nature of the science behind it.

“We can spark that conversation, but it can’t just be the brands making those calls,” says Hunter.

ASA to ‘crack down’ on misleading environmental advertising

She is optimistic that this will happen and brands will have a better grounding to build their sustainability pledges and actions. However, she believes the environment needs to change to ensure brands feel comfortable speaking up.

“My fear is that we end up having brands and businesses that take absolutely no action because they’re so nervous,” says Hunter.

Innocent plans on becoming completely carbon neutral by 2025, a pledge Hunter says was “brought forward” by the opening of its £200m carbon neutral factory in November, which has acted as a “massive catalyst” within the company’s supply chain.

Hunter says the brand has a “massive job to play” in promoting sustainability and doing the work, rather than taking a step back following the ASA ruling.

“I think the worst thing would’ve been if we just sit and go quiet, and don’t do anything at all,” she says on how the brand is bouncing back from its misstep.

The nature of sustainability means it’s a developing conversation for brands. At Innocent, Hunter tells Marketing Week there have been “lots of debates, lots of conversations” on the topic, with the brand seeking out the “best evidence and support” for its efforts.

“The key thing is having transparency,” she says.

A registered B Corp, Innocent is working with the climate group South Pole on its climate neutrality pledge and the Big Rewild sees the brand teaming up with The Orchard Project in the UK to help consumers with their “rewilding journeys”.

Innocent will also be carrying out activations across its European markets.

“We’re really making it local,” says Hunter. “From a sustainability point of view, there’s the global chance we’ve got, so how do we acknowledge and connect with that, but make sure we do it at a local level too?”

Highlighting the local, Hunter tells a story from this morning where a woman working in her office nearby Trafalgar Square saw the campaign on BBC Breakfast. Innocent is handing out 6,000 seeds and plants through the activation and the lady told Hunter she will plant her seeds in her garden tonight.

“As a marketer, that’s really powerful for me. That’s what it’s all about – how we impact attitude and behaviour,” says Hunter.

Can marketing ever be a ‘green’ job?

Moving into her role as CMO, Hunter says the position “demonstrates Innocent’s belief in putting its consumer and brand at the heart of the business”.

Key to that, she says, is making sure the brand stays true to its purpose. “Innocent is a very purpose driven business and our purpose has never been more relevant than it is today,” Hunter adds.

She claims the messaging of creating healthy products that “enable people and the planet to live well and die old” is equally as important today, adding that there’s a “real opportunity to harness that across Europe now” as the brand continues to evolve.

“We all acknowledge that we’re operating in a very dynamic marketplace right now,” Hunter concludes. “We’ll do some stuff where we might not get it absolutely right, but the important thing is that we learn from these things and move forward.” 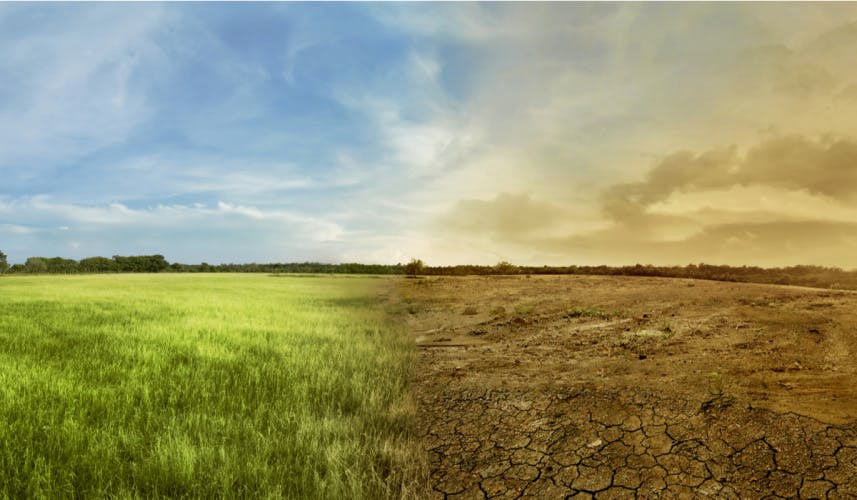