Instagram began trialling ads with a small group of brands in the US from last November, including Hollister, Michael Kors, Burberry and Taco Bell.

Instagram ads to date have achieved “well above” the average display ad engagement rates, the company says. A recent campaign for Levi’s, for example, drove a 24 point lift in ad recall, three times the control group.

The platform will work with a “handful” of advertisers in the coming months on localised campaigns, it says. Instagram has not yet confirmed which advertisers it will be working with on the international trial, which also includes Canada and Australia.

Instagram has set out a strict set of creative guidelines for its ad which restricts text from appearing in photos and excessive use of filters.

Advertising on Instagram has been limited to date, but this did not deter Omnicom signing a deal with the service in March, committing to spend $100m on Instagram advertising over the course of the coming year, as the ad network looks to connect its clients with the platform’s 200 million users.

In spite of recent announcements it is likely advertising on the Instagram feed will remain limited in the short-term. In Facebook’s most recent earnings call, chief operating officer Sheryl Sandberg said the company would build out Instagram’s ad offering “deliberately” slowly.

In March, researchers at Forrester advised marketers to begin using the site “now” before user engagement rates fall. Forrester predicts Facebook will soon start filtering the number of organic brand posts users see, as it has done with its own service, driving engagement rates down.

Tom Messett, Microsoft Mobile’s head of digital advocacy for Europe, says brands in the UK will be keen to test out Instagram advertising due to the visual nature of the platform – as photos and videos are key ingredients for engagement on Facebook and Twitter – and its youth audience. But for that reason, he says brands will also need to be wary of treading the same territory they did in the early days of advertising on social platforms, avoiding “banal” posts from beer brands featuring a bottle of product and reading “happy Friday”, for example.

To encourage brands to spend on the platform, Instagram will need to prove that engagement with posts on the site also translate to businesses’ bottom lines, Messett says.

He adds: ”Even with a basic post, it’s hard to get users out of the Instagram app. It’s a brand play, or an engagement play, but for brands to spend real money with Instagram, it needs to prove that posts can drive people to do something. What’s the call to action? Even with Facebook we can have a real problem validating engagement KPIs, it’s been difficult to do pre and post-campaign surveys…we need to be able to attribute them back to the sales funnel with concrete data.” 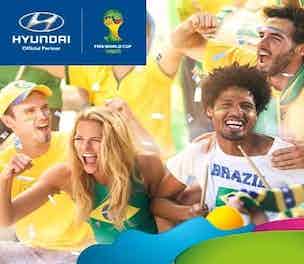