The tool, which will also launch in Canada, Australia, Germany, France and Brazil, was originally introduced in the US on a “limited basis”. The goal is to allow brands “more flexibility” by letting users swipe left on an ad to see additional images or link to a website of the brand’s choice.

The move appears to be an effort to allow consumers to purchase items that appear in ads directly from the app.

Its launch also marked the first time Instagram has allowed web searches on its platform.

In March, Instagram said the move was targeted towards fashion, car and food brands, with multiple images allowing them to tell a sequenced story – for example, a food brand can show how multiple ingredients come together to make a meal.

Ford UK is using the carousel format to “amplify” its partnership with Taste of London this summer and to promote to launch of the Ford Vignale.

Rachel Moore, media manager for Ford UK, says: “We chose to use Instagram as it’s a purely mobile platform – cementing our focus on behaving as a digital first brand. The visual emotional appeal of this platform and the inspiring pictorial context lends itself perfectly to showcasing the Ford Vignale brand launch in the UK.”

Thomson and First Choice owner TUI says the new format will allow its brands to “innovatively communicate with our audiences in a more inspiring way”.

Earlier this month, a study conducted by Instagram alongside research agency Sparkler showed that compared to four other social networks, respondents found that the photo-sharing platform was “the most inspiring and beautiful social network for brands to share creative campaigns”.

Over a fifth of the 5,000 people surveyed across the UK, France and Germany also said they view the platform as “the art gallery of the future”.

Rob Newlan, director of Instagram’s Creative Shop for EMEA, said this shows that there is a “high bar for creative expectations on the platform, particularly for brands”, citing the work of Coca-Cola, Cadbury and Air France as examples of brands using the platform effectively.

In March, Instagram released results for brand performance on its platform for first the first time, claiming it can produce a double-digit uplift for brands in metrics such as brand recall and purchase intent.

However, Pinterest’s ad services are not currently available in the UK, although brands can use the service to create tailored ‘boards’ with brand content. 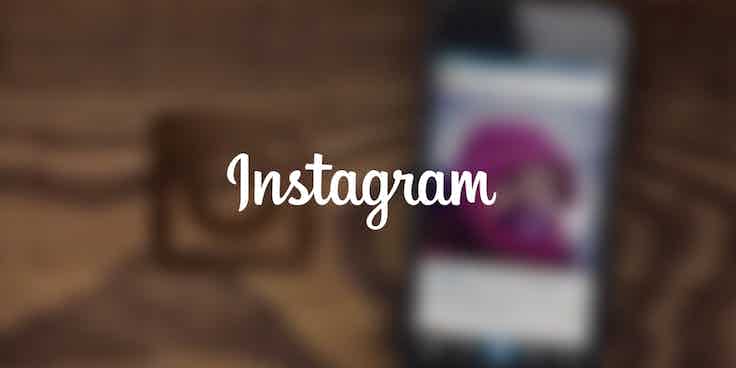