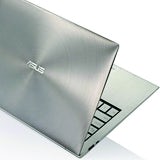 More than 75 Ultrabook designs are in the pipeline for 2012 and Intel is working with other companies in the technology industry to help invest in the category to fuel further innovation.

Intel hopes that 40% of the consumer laptop market segment will be Ultrabooks by the end of the 2012.

A multi-platform marketing campaign, dubbed “A New Era in Computing”, will launch in April to communicate Intel’s Ultrabook vision to mainstream consumers – rather than just early technology adopters – and how the computing experience makes everything else in the market “seem like ancient history” .

It will feature on TV, print, outdoor, social media, online and in-store.

Intel will also use a broader set of partner marketing programmes, similar to its “Intel Inside” partnerships with PC-makers and forge ties with major lifestyle brands.

The company will also expand its partnership with hipster youth media company Vice.

Intel says “A New Era in Computing” is its most significant campaign since the launch of its Centrino Mobile technology in 2003. 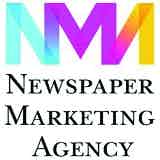