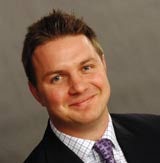 Interbrew UK has created a brand development team ahead of the launch of Brahma beer and pre-mixed vodka drink Absolut Cut.

The new division will be headed by new brand development (NBD) marketing controller Mandy Bobrowski, who has been promoted from innovation manager. Chris Stagg, a former Diageo marketer responsible for the relaunch of Guinness Draught in a can last year and the launch of Bailey’s Glide, will be part of Bobrowski’s team, as will former Interbrew innovation manager Lee Rolston.

As part of the rejig, another Interbrew marketer, Iain Newell, has been promoted to the top innovation position.

In his new role as innovation manager for UK and Ireland, Newell will provide the link between developing concepts at a global and Western European level and bringing new brands to market in the UK. Newell will report to Jon Woods, who was recently appointed director of innovation for Western Europe, and also liaise with Interbrew board marketing director Phil Rumbol over the UK innovation agenda.

Tesco is making a bold move in announcing the opening of stores that will sell non-food products only (MW last week), and if the venture is successful, the potential impact on UK retail is huge. If the initial store concept performs well, we could see anything from 200 to 350 Tesco stores of this type […]

Boots is moving into maternity wear for the first time in a major departure that will see it take on Mothercare. Under chief executive Richard Baker, Boots has already been building its presence in children’s and baby wear. It has been part of Baker’s strategy to increase the range of products available to mothers and […]