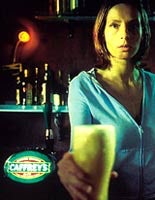 The skeletons rattling in Interbrew’s closet are being scrutinised by competition regulators on both sides of the English Channel and the resulting judgment may spell disaster for the world’s second-largest brewer.

The British Competition Commission is taking a stern view of the Belgian brewing giant’s admission earlier this month that it has violated European competition rules, and may force it to sell its newly-acquired Bass brewing interests.

The commission has even gone as far as to suggest that, given the seriousness of the European Union allegations, Interbrew might exploit its dominant position in the British market and take part in price-fixing and market-sharing deals with other companies if the merger with Bass is given the green light.

Interbrew admitted breaking EU competition rules after European regulators accused it – and other brewers in Belgium and Luxembourg – of operating illegal cartels, for which they could be fined up to ten per cent of their annual turnover.

The issues and remedies statement published by the commission last week questions whether Interbrew’s past activities mean it will flout competition regulations in the UK.

Competition Commission spokesman Francis Royle says: “Interbrew has acknowledged these practices have taken place and, although it has said it won’t be doing it again, we want to know whether is it reasonable to expect there will be a repetition. It would be incorrect for us to ignore it.”

European regulators say they have evidence that Interbrew and Alken Maes, now owned by Scottish &amp; Newcastle, indulged in market sharing, price-fixing and the exchange of information between 1993 and at least 1998.

EU commissioner Mario Monti says: “Market-sharing and price-fixing are among the most serious forms of anti-competitive practice. In this respect, the beer sector will be treated no differently from any other.”

The EU investigation is continuing, although Interbrew claims to have left its murky past behind.

Interbrew spokesman Corneel Maes says: “We have admitted we have been engaging in concerted practices but it will not happen again. This is completely in the past.”

The privately-owned brewer has reinforced its staff code of conduct and implemented a compliance programme, including a bi-annual audit of the code of conduct’s application.

But industry sources say the price-fixing allegations are likely to be taken more seriously in the UK than Belgium, where Interbrew already has a 60 per cent market share by value.

One industry insider says: “If it was operating a cartel and fixing prices, it is very serious indeed. Even on the continent, where it dominates the market, it is still a serious offence and it will be viewed gravely in the UK.

“Will it happen again? That’s like asking will a leopard change its spots – your guess is as good as mine.”

If Interbrew is forced to sell the Bass beer division, it would also hamper the brewer’s plans for a stock market flotation by the end of the year.

Maes stresses that disposing of Bass is one of a list of possible remedies drawn up by the regulatory body and insists the company’s flotation plans are still on track. “They are all hypothetical remedies – nothing has been decided yet,” he says.

Ian Napier, chief executive of Bass, insists there are “no surprises” in the commission’s statement, adding: “We remain convinced that the proposed merger is in the best interest of beer consumers and the industry in the UK.”

But many analysts believe Interbrew underestimated the interest competition regulators would take in its £2.3bn purchase of Bass in June – just three weeks after snapping up Whitbread’s beer business for £400m.

The merger would give the combined group a 32 per cent leading share of the UK market, just ahead of Scottish &amp; Newcastle’s 28 per cent.

In referring the deal to the commission, trade and industry secretary Stephen Byers said that the deal, by reducing the number of national brewers from four to three and creating a new market leader, raised serious competition concerns for UK beer production and distribution.

Industry players such as the UK’s largest pub owner, the Punch Group, and Japanese bank Nomura, which each own about 5,000 of the country’s 60,000 pubs, are opposed to the deal. They argue that it will give Interbrew an unacceptable position of dominance.

One drinks analyst says he is “surprised” Interbrew bought Bass and describes the deal as “an opportunistic rather than a strategic move”.

“It doesn’t really give Interbrew any premium brands. Caffrey’s is in decline and while there may be international potential for Bass Ale as a niche product, you can’t say the same for Carling or Worthingtons.

“I can’t believe it thought the deal would go through unscathed. It would give it an even bigger share of the market than Scottish Courage, and look at the amount of scrutiny the commission put that deal under.”

The consensus in the industry is that Interbrew wrongly believed the competition enquiry would be a mere formality. The company said last month that it was confident the deal would sail through and failed to offer any concessions to avoid reference to the regulators.

The industry insider adds: “It was stupid to agree to buy the Bass business without waiting for the UK to clear the deal. As far as Bass is concerned, it has banked the £2.3bn and it is not going to give the money back.

“If it goes as far as having to unload Bass, Interbrew will have real problems. It has already started to unload Whitbread, so it will have to back-track on its whole international strategy. And who is going to buy Bass? There are not that many buyers around.

“I think Interbrew is in for a real rollercoaster ride over the next six months. It made a real mistake when it bought Bass without ensuring it could give the business back if the deal ran into trouble.”