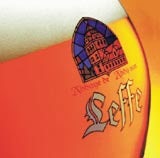 Interbrew UK has handed the &£2m task of re-energising its Leffe beer brand to Fallon London without a pitch, giving the agency a place on its roster.

The brand did not have a UK incumbent, but appointed Leo Burnett’s Chicago office to handle its advertising in November 2003. Fallon London’s first project will be to adapt the existing global creative strategy and campaign based around the “Savour life. Savour Leffe” strapline.

The drinks giant is planning to spend &£4m on marketing and advertising Leffe in the UK, as it predicts a five-fold rise in the sales of speciality beers over the next decade.

Speciality beers are envisaged as a huge growth area this summer, with Interbrew’s Belgian white beer Hoegaarden the category leader. Rival Scottish Courage is hoping to challenge Hoegaarden’s dominance of the white beer market with the launch of Kronenbourg Blanc in the off-trade.

Interbrew also teamed up with electrical retailer Philips Electronics last year to launch a draught beer dispenser aimed at the home market. Called PerfectDraft, the appliance claims to keep beer at a constant temperature of three degrees Celsius and is available with six-litre metal kegs of Stella Artois.