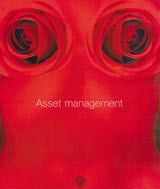 Interflora’s first marketing director, Karl Burkitt, has left the flower delivery network after just nine months in the job. The company blamed his overly “commercial” outlook for the split.

Burkitt joined at the beginning of this year from Polaroid, where he was marketing director for its export division. He was brought in to help Interflora persuade younger consumers to send flowers (MW June 14, 2001).

A spokeswoman says that both parties agreed a settlement and that Burkitt left without a job to go to. She adds: “The decision was taken that his skills were more suited to a more commercial environment.”

She says that despite Interflora’s branding, the organisation operates in a way more akin to a charity.

The experience with Burkitt has not deterred the company from having a marketing director, and it is hoping to appoint a board level director imminently.