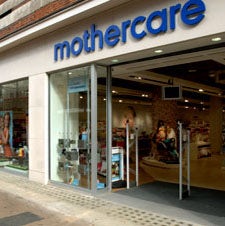 The international retailer revealed this morning it gained a 6.9% uplift in total group sales over the full financial year in a trading update announced this morning (April 2).

The brand’s UK sales were expected to benefit from the collapse of Woolworth’s during the crucial Christmas trading period. It reported its UK like for like sales rose by 3.7% in the fourth quarter and 1.4% over the full year.

Meanwhile the retailer, which also owns The Early Learning Centre, reported its total international sales jumped by 40% in the 4th quarter, due to expansion, while its like for like sales outside of the UK rose by 6% for the full year.

It also says its online direct sales have been boosted by the expansion of its online brand gurgle.com.

Chief executive Ben Gordon says: “UK sales have been boosted by robust performances from the Direct business and the Early Learning Centre inserts now in 84 Mothercare stores, and both brands have gained market share in the quarter.”

Dennis Publishing is to ditch its UK print edition of Maxim to become an online only title after it shed almost half its circulation in the latest ABC audit for the six months to December 2008 compared to 2007. The title is the first of the so-called lads mags to succumb to the sector’s plummeting […]

Google has launched a business advice channel on YouTube, giving advice to companies on how to survive the recession. The channel, called Survival of the Fastest, features business figures such as IPA president, Rory Sutherland, IAB chief executive Guy Phillipson and London Mayor Boris Johnson. Launched in conjunction with The Daily Telegraph and London Business […]

Interbrand has appointed Graham Hales as managing director in London to replace Rune Gustafson. Hales joined the agency in 1997 and was promoted to chief communications officer in the Interbrand Group with responsibility for global marketing and communication in 2006. In that position he reported directly to the global CEO. He will report to CEO […]