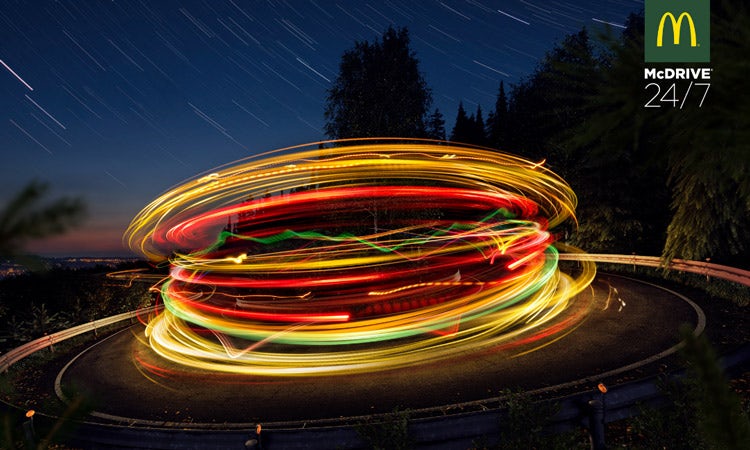 McDonald’s in Hungary is attempting to direct drivers to its fast-food outlets through simple billboards as part of its 30th anniversary.

The restaurant chain’s quirky out-of-home ads feature images of McDonald’s two most popular products (a burger and a pack of fries) and have been placed on busy motorways.

Local studio, Gravy, designed the ads using lights from cars to form images of a burger and fries.

READ MORE: McDonald’s is celebrating its 30th anniversary in Hungary with billboards of its most iconic products

Facebook has launched a brand campaign to apologise for the Cambridge Analytica scandal and promise to do more to protect its users – on the same day (25 April) it posted $12bn in revenue for the first quarter.

On the ‘We Are Here’ campaign, the social networking giant says “we’re committed to doing more to keep you safe and protect your privacy. So that we can all get back to what made Facebook good in the first place: friends. Because when this place does what it was built for, we all get a little closer”.

Facebook’s total revenue was up 49% compared to the same quarter last year, with ad spend up 50% year on year. 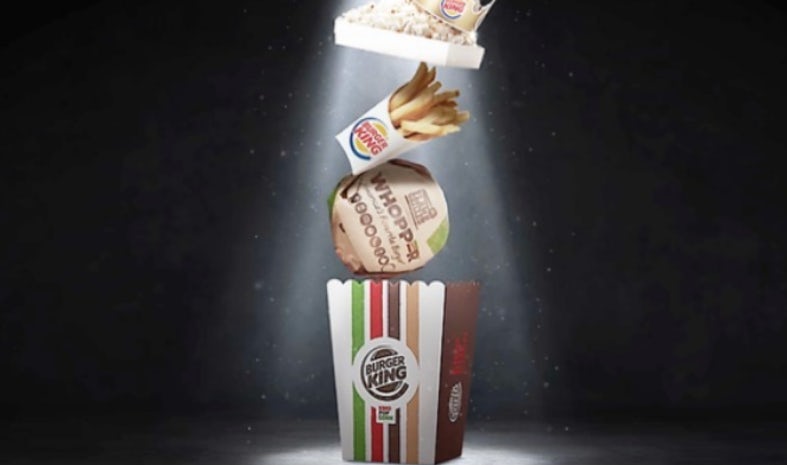 Burger King’s marketing team has made the most of a change in Peruvian law, which originally prevented moviegoers from consuming food or beverages purchased outside of cinemas.

Until 25 March, the external purchase of food or drink was forbidden, but thanks to a change in law consumers are now allowed to bring in their own food, so long as it’s “similar” to items sold in the cinema’s food concessions.

Burger King Peru saw this as an opportunity to launch its ‘King Popcorn’ campaign where a Whopper and fries are disguised inside a popcorn bag which mirrors to those sold in theatres.

“The idea was to hack a law that’s a little absurd. The King Popcorn, in fact, has only a lid with a small amount of popcorn inside and then a hidden Whopper and fries. This allows consumers to enter the cinema and enjoy their favourite Burger King meal,” says McCann Lima’s chief creative officer Christian Caldwell who developed the campaign.

Burger King has since increased its sales by 40%. 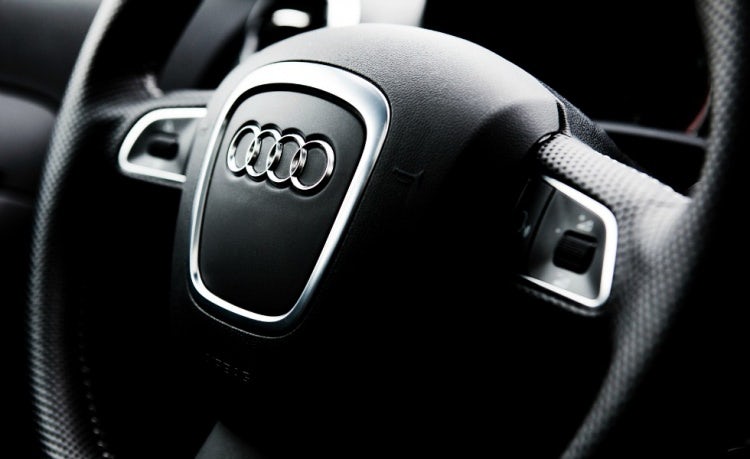 Global automakers Daimler, Audi and Volvo have signed deals with Alibaba to connect to its new smart speaker in China.

The voice assistant speaker called Tmall Genie, is powered by artificial intelligence and allows the user to control their cars from home, working similarly to the likes of Amazon’s echo and Apple’s HomePod.

The product will allow users to monitor their cars, turn on air conditioning, check fuel levels, or plan their route from wherever they may be, all by simply speaking into their smart speaker at home.

Security features include voice print technology – where the device scans for voice like you would for fingerprints.

“Individuals spend a significant amount of time in cars alongside home and office and, through connectivity, it can become an important part of life,” says Alibaba AI Labs head Chen Lijuan.

“We hope to create a more intelligent and personalised mobility experience for consumers.” 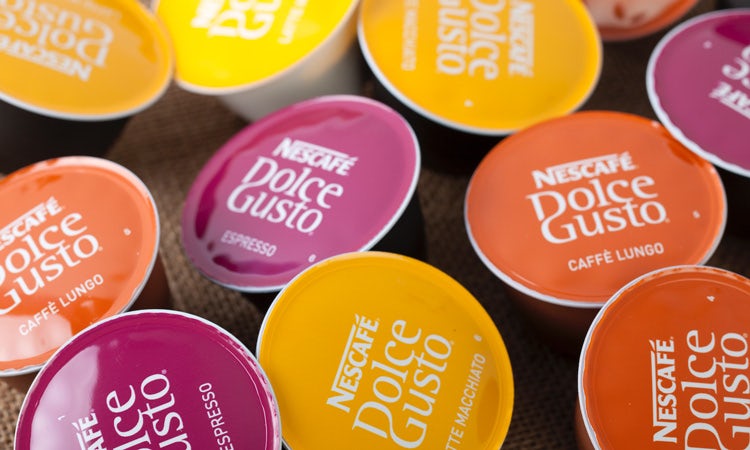 Nestlé has unveiled plans to cut down its agency roster in North America with reports suggesting the food maker is looking to consolidate its ad business with four to six agencies.

The potential move follows a massive cull in 2014, which saw the Swiss company slash its roster of 20 digital agencies to just eight.

“We’re always looking at ways to better work with and leverage our agencies. With that, periodic changes do occur but we have nothing additional to share,” a Nestlé spokesman said in a statement via email. 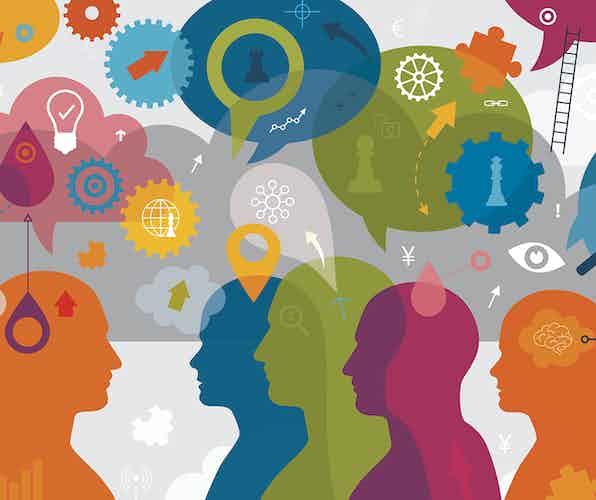 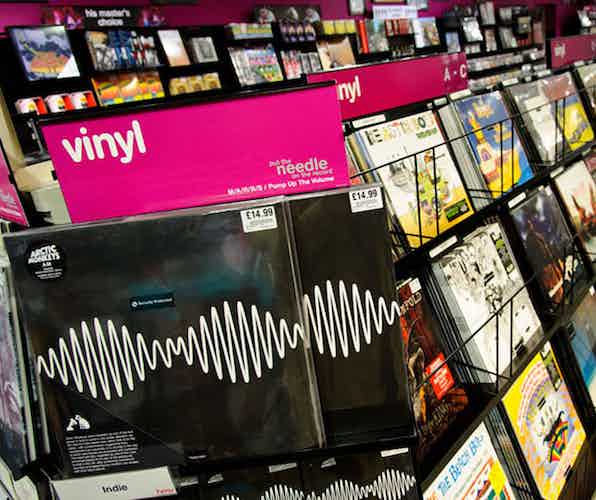 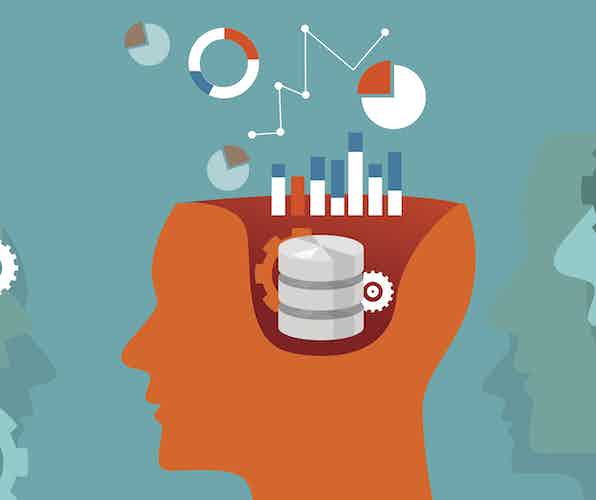 Learn about the framework that will help you to create an effective personalisation strategy, including the template to define meaningful audiences for your business.