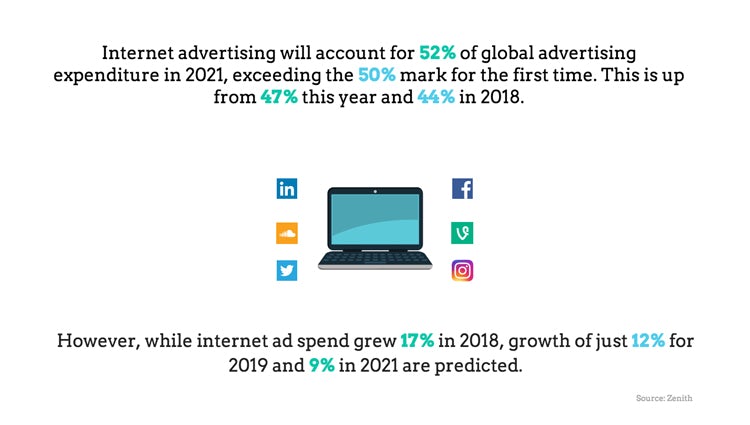 1. Internet advertising to exceed half of global ad spend in 2021

Internet ad spend growth is driven by the overlapping channels of online video and social media, which are expected to grow 18% and 17% respectively year on year to 2021.

Meanwhile, ad revenue for printed newspapers and magazines is expected to total just $70bn this year – less than half of 2007’s peak of $164bn.

Other traditional media is looking more healthy, with radio ad revenue up 1%, out-of-home up 4% and cinema up 12% year on year. However, cinema still only accounts for 0.8% of total ad spend.

2. Brands failing to build sales momentum in the long-term 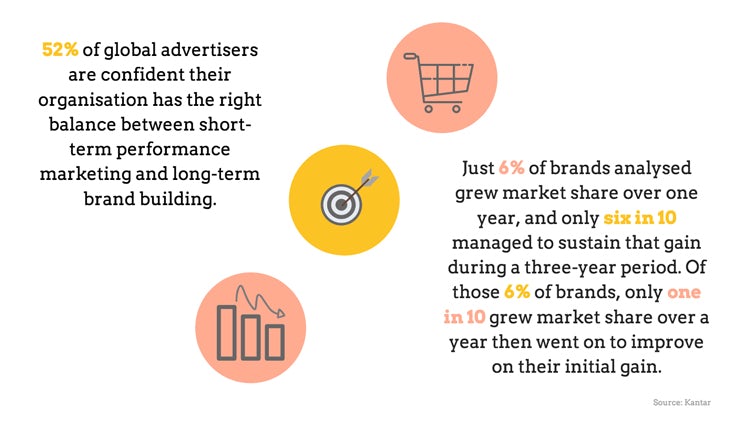 Some 52% of global advertisers are confident their organisation has the right balance between short-term performance marketing and long-term brand building.

Of the 3,900 brands analysed in a new study, just 6% grew market share during one year, and only six in 10 managed to sustain that gain during a three year period. And of those 6% of brands, only one in 10 brands grew market share over a year then went on to improve on their initial gain.

Additionally, brands that adopt a growth strategy relevant to their market position grow 45% faster than those that only grow by penetration.

Brand size has a big influence of growth prospects with smaller brands typically achieving stronger growth over three years compared to the bigger ones. The biggest brands (20% market share or greater) declined by 4% on average but four out of 10 of the biggest brands still managed to hold ground or grow. 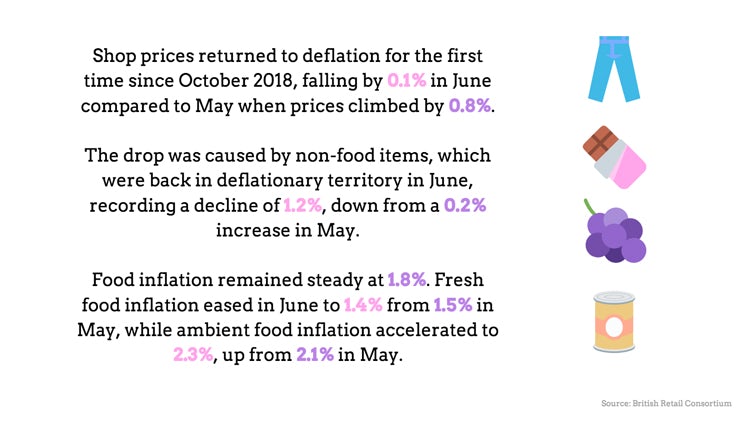 Shop prices returned to deflation for the first time since October 2018, falling by 0.1% in June compared to May when prices climbed by 0.8%.

The drop was caused by non-food items, which were back in deflationary territory in June, recording a decline of 1.2%, down from a 0.2% increase in May.

4. The ethical use of AI is winning consumers trust 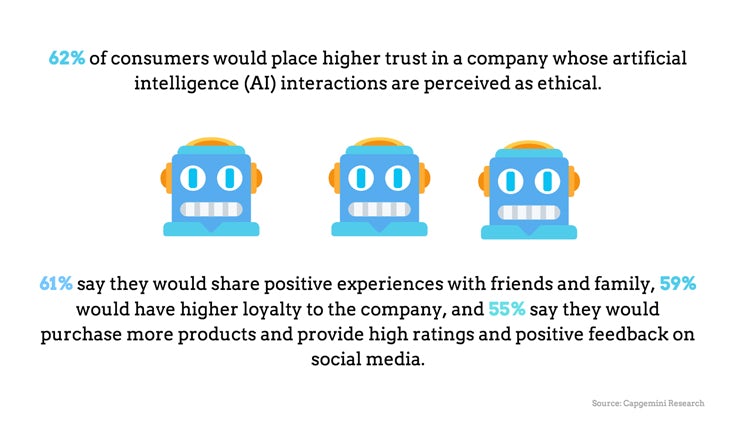 Some 62% of consumers would place higher trust in a company whose artificial intelligence (AI) interactions are perceived as ethical.

Another 61% say they would share positive experiences with friends and family, 59% would have higher loyalty to the company, and 55% say they would purchase more products and provide high ratings and positive feedback on social media.

Both consumers and employees also confess to having ethical concerns around AI, and demand some form of regulation. For instance, 47% of respondents believe they have experienced at least two types of uses of AI that resulted in ethical issues in the last two to three years, and 74% say they want more transparency when a service is powered by AI.

Additionally, organisations are starting to realise the importance of ethical AI with 53% of executives considering it important to ensure that AI systems are ethical and transparent. 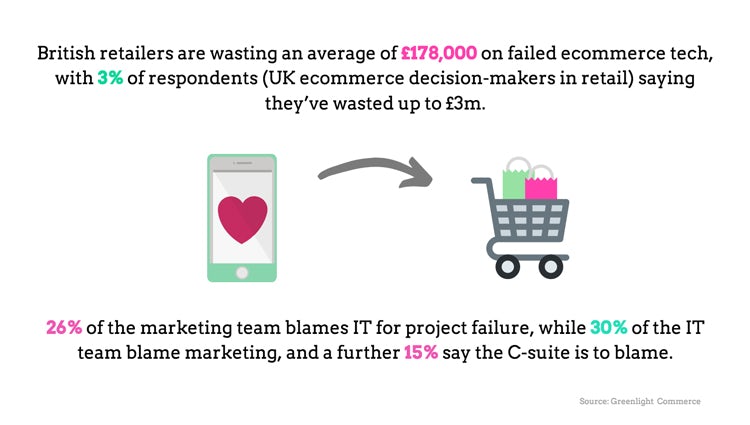 British retailers are wasting an average of £178,000 in failed ecommerce tech, with 3% of respondents (UK ecommerce decision-makers in retail) saying they’ve wasted up to £3m.

More than a quarter (26%) of the marketing team blames IT for project failure, while 30% of the IT team blame marketing and a further 15% say the C-suite is to blame.

Some 76% of retailers are planning to increase the number of ecommerce projects in 2019, meaning retailers must learn how to bridge the disjoint within the organisation. 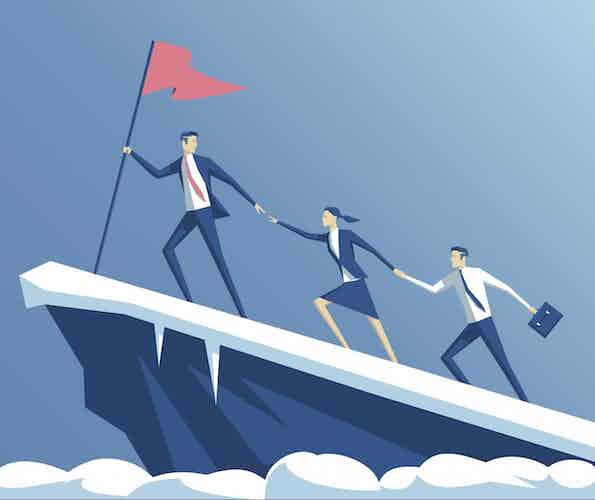 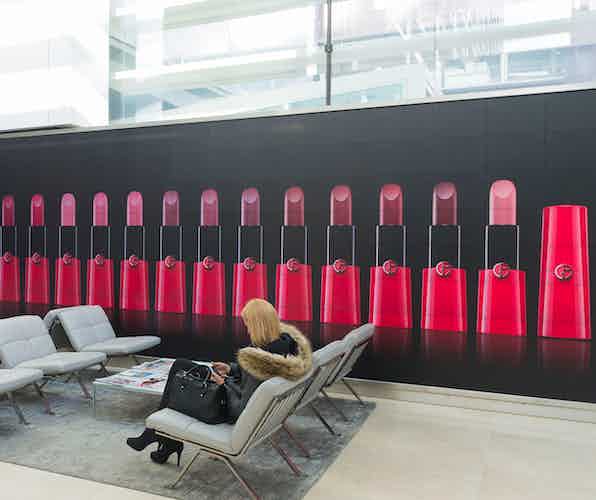