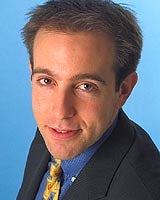 Another myth is shattered in the new media industry. Having spent much of 2001 talking ourselves into stagnation and watching the wider marketing economy hit tough times, the truth about online’s fortunes has emerged: online advertising bucked the trend. Authoritative tracking research, just released by PricewaterhouseCoopers, the IAB and the Advertising Association, shows that while the total advertising market fell 3.1 per cent year on year, online increased by more than 7 per cent. Indeed, the Internet proved to be one of the few bright spots in the 2001 media landscape: television advertising dropped by 10.8 per cent, radio fell by 9.2 per cent and outdoor advertising lost 2.8 per cent.

Smart marketers should be encouraged by this. Online is a critical brand-building medium offering some of the most imaginative and powerful brand engagements ever created. Yet while branding media traditionally suffer in times of recession, this evidence reveals how it was actually the broad-based marketing campaigns of traditional brands that drove growth, replacing the customer acquisition marketing of young dot-coms.

What else fuelled this growth? Broadly we’d point to three factors. During 2001, the key standards needed for the industry emerged. There were more than a dozen, including the first contractual frameworks for trading space and a range of new artwork formats, together making media planning easier. Secondly, traditional marketers who had been experimenting with their own websites in 2000 gained the experience to begin structured marketing and promotion, through Web advertising, supporting campaigns with sophisticated research tools to measure advertising effectiveness.

More significant for the medium-term, however, was the unstoppable growth in audiences. With half of Britain’s households now connected, and the Internet a daily part of our working lives, marketers are realising that they simply can’t leave the Internet off a media schedule. Their customers are seeing commercial messages whenever they read online media, use their e-mail, search for information or visit an online store. Their own brands will simply lose voice and recognition. Messages built up through exposure in other media will be lost rather than reinforced. And given the multi-channel way most brands now communicate with customers, this message is being lost at the very point when a customer is only one click away from the brand owner’s front door.

Now that we have the real results, speculation about the health of the sector can end. A mood of quiet confidence is developing among the growing ranks of digital marketers, and with their toolbox expanding, their medium working hand in hand with traditional channels and their markets growing, it’s not surprising.

Siemens mobile is to sponsor Ant and Dec’s new ITV1 prime-time entertainment show, Saturday Night Takeaway, in a deal worth about &£600,000. The deal, which was put together by sponsorship agency Connexus and Granada Enterprises, includes broadcast sponsorship of the shows on ITV1 from June 8 plus additional coverage on ITV2. Siemens mobile will also […]