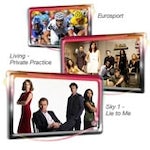 The Deloitte Technology, Media and Telecommunications Predictions for 2010 said viewers watching catch-up TV and VOD services watch more TV and radio as it airs, as the relationship between the web and traditional media gets closer.

The report also said the inclusion of web content, such as live online polls, traffic and weather, as part of traditional TV shows will rise in 2010.

It said: “As simultaneous web and TV use gains popularity, TV producers will be encouraged to create websites that feed off viewers’ eagerness to react to what they are watching. Advertising will likely benefit from increased simultaneous usage of the web and TV.”

The report also said fears that VOD was taking viewers away from traditional TV were incorrect, and that measurement of online video needed to be refined as current metrics meant its popularity was overestimated.

“Consumption of non-linear [programming] may often appear greater as the numbers reported are larger,” it said. “Broadcast is measured by viewers. Metrics for online video include page impressions, page views, unique users and requests. Often little distinction is made between a clip and a full programme even though commercial significance for each may vary considerably.” 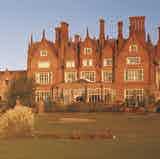 Now that Kraft has acquired the highly-prized Cadbury brands -and turned itself into the world’s largest confectioner ahead of Mars/Wrigley – will it actually know what to do with them?