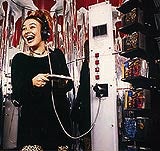 Mintel International’s new report “Records, Tapes and CDs” looks at the success of the pre-recorded music industry and considers the future trends led by economic factors and new technology – such as the Internet.

Music, dominated by rock and pop, continues to hold a unique place in UK popular culture. Artists receive much public attention, particularly through the media, which has become an integral factor in an artist’s success.

Apart from economic factors, such as consumer confidence, disposable income and employment rates, the music industry is somewhat immune to consumer trends. Nonetheless, during 1999 the UK market followed the global trend of a decline in sales volume. Album sales decreased by six per cent during 1999, but this was offset slightly by a one per cent increase in single sales, leading to an overall decline in revenue of four per cent in the UK.

The record industry has seen some consolidation over the past two years and the “big six” record companies have become the “big five” because of the merger between EMI and Warner. These dominant major players accounted for 80 per cent of the market during 1999.

CDs continue to dominate album sales, with vinyl still catering for a niche market. The increase in singles sales highlights the buoyant pop market and the success of new artists and the boy and girl band phenomenon. Dance music is also showing healthy growth.

The introduction of new technologies, particularly digital music, is radically changing the music industry. All of the major five companies are developing online distribution strategies to take advantage of the growing popularity of downloading music over the Internet – albeit from a small base.

Last week EMI published over 300 digital downloads on the Internet – over 200 singles and 100 full-length albums. It is the biggest effort yet by one of the major record labels to sell online.

The Internet has, however, caused much controversy among the industry over publishing rights. During 1999, 30 illegal MP3 sites were closed down in the UK. And the EU is drafting a Copyright Directive to counter music piracy on the Net.

US website Napster allows users to download music tracks free but it is being taken to court by a number of artists who are not receiving royalties and whose tracks have been listed without permission.

However, the Internet does provide a medium for unsigned bands to reach a wider audience and for known artists to release music prior to high-street releases. David Bowie’s Hours album was the highest profile example during 1999, following the lead Public Enemy set a year before.

Many record companies also offer free downloads of artists’ songs as a marketing tool. With the introduction of broadband technologies, the time taken to download music from the Net is becoming quicker and will soon be down to seconds, compared with the current 15 minutes for an average home PC. The time factor is likely to encourage further growth of digital music downloads.

Mintel predicts that in less than a year all the major record labels will be making their artists’ music available to consumers through digital Internet files. The bulk of these sales will be achieved through online retailers, although a significant share will be through the labels’ own sites.

Despite these new technologies, singles sales are expected to continue to rise in volume and the fall in album sales is expected to level off, with CDs continuing to be the dominant format.