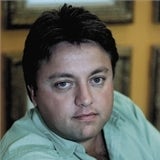 Interpublic Group (IPG) is understood to be close to making a decision on the future of Lowe London chief executive Garry Lace nearly a month after the original decision was due.

It is thought that Lace has already left the agency without any punitive sanctions against him, and that the investigation instigated against him by Lowe London ten weeks ago has failed to reach any firm conclusions.

Lace was suspended from the agency in February pending an investigation into rumours that he had held talks with Lowe founder Sir Frank Lowe about launching a start-up and taking Lowe’s prized Tesco account with him. Speculation mounted after Sir Frank launched a start-up with former Lowe chairman Paul Weinberger at the end of last year. Tesco is the agency’s launch client.

Lowe and Lace have, however, now thought to have come to a resolution, and rumours that Lace was planning to counter-sue the company are understood to be untrue.

The parting of the two would mean that Lowe Worldwide chief executive Steve Gatfield and Lowe London managing director Chris Hunton will now formally take over the day-to-day running of the agency.

The agency was unavailable for comment as Marketing Week went to press.