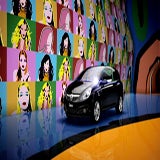 DLKW, which serves a number of clients including Vauxhall (pictured) , House of Fraser and the COI, will be combined with Lowe London, which will be re-named DLKW Lowe and serve as one of the Lowe Worldwide network’s key “hub market” agencies.

In a statement, the agency says: “In this capacity, DLKW Lowe will continue to create powerful ideas for and provide the full range of marketing communications services to its current roster of clients, which includes many leading British companies and brands, as well as to existing Lowe multinational clients, such as Unilever, Johnson & Johnson, Electrolux, Nestlé, Ericsson and Pfizer.”

Interpublic’s acquisition includes a minority investment on the part of the agency’s current senior executive team, led by chairman Greg Delaney and Joint-CEOs Tom Knox and Richard Warren, who will all continue to serve in their existing management roles at the new DLKW Lowe and will report to the Lowe Worldwide management of chairman Tony Wright and CEO Michael Wall.

The DLKW management team was advised by Clarity.  Completion of the transaction is subject to approval by Creston shareholders, which is expected to occur at a shareholder meeting on 13 July.

Michael I. Roth, Interpublic’s Chairman and CEO, says: “The strength of the new management team and the combined agency in the key London market will accelerate the positive trajectory that Lowe is on.  This move will also complement the steps we’ve taken over the past 24 months to create strong and vital Lowe hub agencies in Brazil, India and the United States.”

Lowe Worldwide CEO Michael Wall adds: “We are pleased to be in a position to work with such an established senior team, who are high caliber professionals with a proven record of performance and growth, as well as good people.  This combination of great talent and complementary cultures is why I believe that both agency brands will inspire each other to achieve more – as both a leading UK agency and as an important part of Lowe’s global network.”

Delaney adds: “We have been looking for a strong international partner for some time and this provides us with exactly what we wanted.  It also gives partners here the opportunity to invest in a new entity that combines the strength, energy and diversity of DLKW with the well-recognised creative achievements and global reach of Lowe.  We are very excited about the many benefits this partnership can bring.”

The sale comes as Creston announces its full year results today (28 June). Revenue decreased by 4% to £80.5m, compared to £83.8m last year. However, revenue in digital and online increased by 6%, and is now representing 31% of group revenues, it adds, This was comapred to 28% last year, and will prove vital following the loss of DLKW. Tullo Marshall Warren will now be its main interest in the marketing industry.

Don Elgie, group chief executive, says: “We have delivered a resilient performance against a challenging economic backdrop, however, this does not allow us to be complacent about ongoing change in our industry. We continue to build our capabilities to meet increased demand for digital marketing, insight and health marketing. The disposal of our advertising agency DLKW announced this morning will help us ensure that our group is correctly structured and well funded to develop into the areas of marketing services that offer the greatest opportunity of growth.”