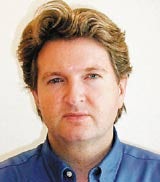 Interpublic has promoted Roy Jeans to the position of managing director for non-broadcast media at combined buying group Magna.

Jeans will report to Mick Parry, Magna global chairman and vice-chairman of Universal McCann UK. The move sees the expansion of Magna’s focus beyond broadcast negotiations, which have been its primary concern since its creation in 2001.

Jeans will remain in his post as managing director for Unilever Europe at Initiative Media, with a gradual transfer of responsibility to his team expected over the next few months. A decision has not been made about a long-term successor for Jeans.

At Magna, he will be responsible for developing the non-broadcast side of media negotiations for IPG media agencies Initiative Media, Universal McCann and Brand Connection. Magna works by pooling the resources of IPG clients to bulk-buy media space at a cheaper price.

Universal McCann chairman Chris Shaw says: “Roy will develop Magna’s non-broadcast offering, using our combined buying muscle in print media. We needed someone with experience in non-broadcast areas such as regional press to pull it all together. Magna started out as a defensive move against the press owners, but has become very successful for our clients.”