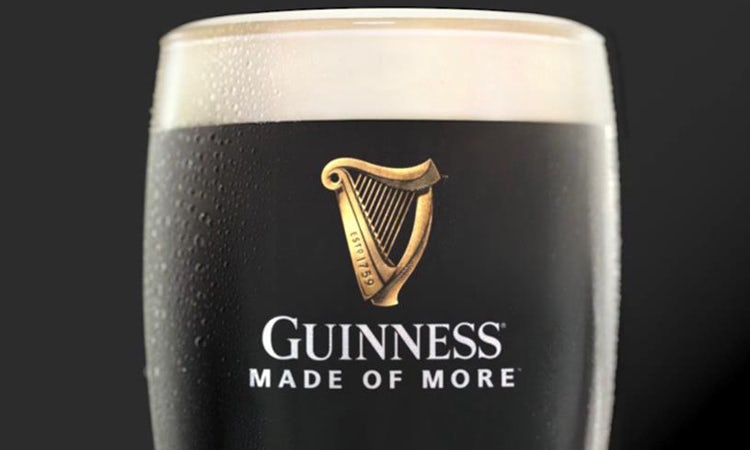 A tech conference perhaps isn’t the most obvious destination for Diageo’s global head of beer Mark Sandys. However, with the alcohol giant recently appointing its first chief digital officer, Sandys, clearly aching after a day walking through the vast halls of Web Summit in Lisbon, insists Diageo is now very much focused on positioning itself at the “forefront of digital technology”.

So far, a big part of this journey has been about building the business around data in order to improve its marketing effectiveness. But Sandys says Diageo is equally as committed to experimenting with new roles and advertising channels in order to boost the relevance of its brands among young people.

Marketing Week caught up with Sandys in Lisbon to discuss whether the growth of craft beer can be sustained, Diageo’s evolving approach to marketing and how it is experimenting with new channels such as virtual reality.

READ MORE: What Diageo has learned from its marketing mistakes

What is Diageo doing at such a tech-driven conference?

I’d say there’s been a realisation internally that we’ve now got to evolve how we communicate with our consumers – this means we must aim to be at the forefront of digital. You can see we’re planning for this as we recently opened a new digital centre for excellence and also hired a new chief digital officer. We want to reshape the business completely in digital, not just from a marketing perspective, but also through our distribution and production channels.

Are there any particular digital channels you’re experimenting with right now?

We’re heavily experimenting with both virtual reality and artificial intelligence. We recently did a VR tasting experience and as a consumer you sit there with the goggles on while tasting three different types of Guinness. What you see on the VR headset is a visual representation of the flavours you are tasting so you can essentially taste with your eyes. We’re going to be doing those in the aisles of supermarkets and in bars too. It could be massive, it could be small, but it’s all about dipping our toes in the water.

With AI, we eventually want every phone to be able to scan a pint of Guinness and for their device to be able to tell whether it is a good quality pint or not based on the levels of the ingredients. We also want to work with AI phone assistants so Siri and Alexa can give cocktail recommendations in order to help people make better drinks at home as that’s currently a big issue within the spirits category.

The rise of craft has been one of the biggest beer trends in recent years, but is this showing signs of fatigue?

Craft has been good for us as it is making people think more about beer rather than making the obvious choice of just choosing lager. A lot of the people who go for IPAs are then gravitating towards Guinness, which has helped our sales rise in the UK and also the US, where we just opened our first new brewery in over 70 years. Obviously Guinness isn’t craft and I’d say we sit in the middle. But the more craft grows, the more stout grows, so it benefits brands such as Guinness. However, we don’t want to be opportunistic around craft as the drinkers can see through that.

I’d say while the move towards craft beer has slowed down, the trends for greater transparency and local home-made beers will only continue. In the US, things are becoming more and more local. Soon people will brew at home just like they cook at home.

The UK relaunch of Bud Light was reportedly a success, does the lighter alcohol category appeal to Diageo?

Certainly. We recently invested in a non-alcoholic spirit called Seedlip through Distill Ventures and it’s doing phenomenally well for us. I imagine there will be more opportunities in the future.

With non-alcoholic and healthier booze brands on the rise, does this mean the sector’s traditionally lad-focused advertising must evolve?

This is a common question in this industry, but I’d argue our approach has always been different. In the 1990s when you had the FHM ‘lad’ generation, we made the Surfer ad for Guinness, which was incredibly different to our rivals’ positioning. We must continue to be different as I agree that the stereotypical male-focused advertising era is definitely fading. Nowadays, it’s more about the ingredients – that’s the next wave for alcohol advertising. The number one focus for Diageo is the need for an emotional connection – if you find the right way to achieve this across mobile and cinema then that can be hugely powerful.

The alcohol behemoth says finding a formula to sell to consumers directly is like “a pot of gold at the end of the rainbow that you need to keep on chasing”.