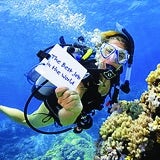 In January 2009, the tourism board for Australia’s second-largest state announced a competition to become Islands Caretaker for the islands of the Great Barrier Reef. After 34,000 people applied globally, British charity worker Ben Southall was named the winner and took up the job. According to TQ regional director Jane Nicholson, the competition garnered $410m (£254m)-worth of free publicity around the world.

Now TQ is preparing to launch a follow-up campaign, aiming to create similar levels of awareness through the global news media. Details have yet to be revealed, but the launch will take place in February 2011, led by marketing activity with partners in the travel trade. In planning for around 14 months, the new campaign will target a different consumer group from the market addressed by “Best Job in the World”.

Nicholson says that, as well as young adults, travellers over 50 are a group seeing significant growth for TQ.

Southall is also undertaking a project of his own called the “Best Expedition in the World”. Over three months, he will kayak the length of the Great Barrier Reef, with TQ planning PR activity to publicise the journey.

Assessing the effects of last year’s campaign, Nicholson says: “It was at a time when travel was being pulled back on. We had a much more cautious consumer in terms of spend.” Over the year, helped by the award-winning work, Queensland’s tourism economy held steady in the face of a steep decline in the market for long-distance travel.

“It is very difficult to get a measurement on exactly what is attributed in terms of numbers to that campaign, but what we can say is that at the end of 2009, long-haul travel from the UK was down 15%, but Queensland was just down 1%,” Nicholson says.

She also emphasises the importance of demonstrating what effects have carried through in 2010. At the end of June, arrivals to Queensland from the UK were down 2% on the year, but visitor nights were up by 2%.

Submissions are now being accepted for Marketing Week’s Engage Awards 2011, including the PR category. To find out details of how to enter and the deadline, click here.