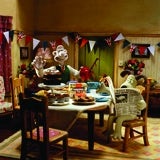 Marie Storey, head of corporate partnerships at the foundation, explains how the animated British icons helped the foundation and have fired the charity to brew up even better ideas this year for Wallace & Gromit’s Great British Tea Party.

What was innovative about the Wallace and Gromit’s Great British Tea Party campaign?

Marie Storey (MS): It’s a celebration of families, bringing Wallace and Gromit and their favourite Yorkshire tea together. It was something that people hadn’t seen before – a brand so integrated into a character’s world. It was all being done for a good cause, but with entertainment and fun as the key messages.

How did the campaign help to drive the Wallace and Gromit’s Children’s Foundation forward?

MS: The campaign helped to raise over £350,000 for the charity, which is fantastic and it has also led to Yorkshire Tea committing to another two years of sponsorship of the event. It has made this year even bigger and better. We’ve taken it to a new level, following the success of 2009.

How has the campaign developed this year?

MS: We’re hoping it will go on for a longer period of time. It’s running from Wednesday (1 December) to the 21st December, so that people make it their Christmas party. We sent it out as an invitation to join the nation for a tea party this Christmas.

We’ve increased our marketing activity in that we’ve gone on-pack with Yorkshire Tea this year, which has been a fantastic driver for people to register to take part. They’re seeing the messaging in different places. We’ve worked with Netmums, which is new for us since last year and we’ve worked with Good Food and Olive Magazine.

We’ve done some fantastic PR, hosting tea parties on barges regionally around the UK. It’s putting the whole mixture together with innovative PR, which has engaged TV, print and radio stations to come along.

How did winning a 2010 Marketing Week Engage Award (charity and voluntary sector) help the charity?

MS: As a charity it’s great to win an award like this because it puts us in front of brands and people that didn’t necessarily know we were out there. We’re quite a small, new charity.

It’s also given us a great point of difference. It shows that we have a fantastic brand and that our fundraising is so innovative that it won this award. It’s great to show everyone that supported us as well.

We’re so lucky in that we get lots of pro bono support from community magazines, libraries etc. all over the UK. It’s an award to recognise what they have helped us achieve.

Did you attend the Engage Awards ceremony?

MS: The team from Yorkshire Tea went. They had a fantastic night. They were so happy to go and meet Chris Evans and get the award and it’s now in pride of place at the home of the owners of Yorkshire Tea, Bettys & Taylors, up in Harrogate. It’s something that we’re all really proud of.

Are you going to enter this year?

MS: We are definitely going to enter this year. Thanks to last year’s success, we’ve grown the campaign rapidly, so we hope that it might stand a chance of being recognised again.

Learn more about the Engage Awards 2011 categories, including the Charity and Voluntary Sector category, here.