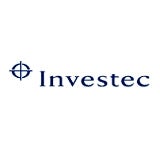 The asset management company has released a film to illustrate the range of global education, environment and entrepreneurial initiatives it is involved with.

It claims that such activity has helped people “save energy, invest wisely and grow opportunity”. The film concludes with the statement: “Money isn’t everything.”

Investec chief marketing officer Raymond van Niekerk says he wants the film to communicate that “we are people that care about stuff that is more than just about money”.

He adds that it is important to demonstrate that Investec is “part of society and not just a parasite”, particularly in the “unliked” financial services sector.

“It says we are human and shows the soft side of us,” he adds.

The film will run initially on Sky News but could roll out to cinema and television over time.

Investec hopes the advertisement will prompt people to find out more about its reading, energy reduction and education programmes in Australia, the UK and South Africa.

The investment company has been looking to build recognition in the UK through sponsorship.