Hamish Pringle, IPA director general, says: “There are some very tough decisions that need to be made in order to increase the cost-efficiency of the public sector as the private sector has already done in order get the UK’s budget back in balance and give investors the confidence to finance the new product launches that Adland thrives on.”

Pringle says that the pledges made by all the parties to recognise the importance of the advertising industry is welcome, and agencies must continue to work closely with clients despite the effects a hung parliament could have on the economy.

“Clearly advertising is not only one of its biggest components in itself, but also has a very significant leveraging effect on all businesses which need a dynamic marketing and communications relationship with their customers. So we remain optimistic about the medium to long-term prospects for Adland, and we’ll keep powering away building brands both here and internationally, despite the short-term uncertainty,” he says.

Under current election results, the Conservatives, led by David Cameron have the most seats in parliament and could form a coalition government, if the Labour Party fails to do so. He has made a “big, open and comprehensive offer” to the Lib Dems to work in government with the Conservatives.

Ad agency chiefs have also called for the hung parliament situation to be resolved quickly. Sir Martin Sorrel, chief executive of WPP, says: “What business wants is boring, predictable stability from Westminster. And that’s what we now haven’t got. I believe that if they get that by Monday or Tuesday there will not be a problem. But if in a week’s time it is still a squabble, what we will then get is higher interest rates, which means: where are we going to get the money from?”

Lord Bell, chairman of VCCP’s owner Chime Communications, adds: “It is not a good result. I can see very little silver lining. What was needed was a decisive result whichever way it went. This indecision creates uncertainty which for business is not good. I guess there will have to be another election pretty soon. But whatever happened, whether we had a decisive result or where we are, I think the prospects post-election were always not going to be good. We will go from least-worst economy in Western Europe to worst-worst.”

In the past the IPA has taken issue with Cameron’s suggestion that “parents should be able to complain via a specially set-up website about offensive marketing tactics used by companies” and that “firms which flout the rules should not be allowed to bid for Government contracts for three years.”

At the time Pringle said: “You can’t just airbrush over nearly fifty years of the highest standards in legal, decent, honest and truthful advertising, governed by tough codes, abided by over 95% of the time by advertisers and their agencies, and enforced by a world class self-regulator in the ASA. Cameron’s idea of a “specially set-up website” would pull the rug out from under the ASA and is clearly ill-thought-out.”

“He added: “We’re very concerned about his proposal that agencies that have had a complaint against one of their advertisements on the grounds of sexualisation should be banned from bidding for Government contracts for three years. This smacks of double jeopardy since the agency would already have been penalised by having its ad withdrawn by the ASA at considerable cost to them and their client.”

Ian Twinn, director of public affairs at advertiser body ISBA, has also said: “It is vitally important to say that the UK’s advertising codes, which we plan to reinforce and extend to cover websites, are strong. The protection the codes afford for children brings peace of mind for parents.”

“Advertisers remain open to discussing any appropriate and proportionate child-protection measures and we look forward to engaging with politicians in the coming months.”

There is no formal deadline for when an administration must be formed but a key date is 25 May, when the Queen’s Speech is due to set out the government’s priorities during the parliament.

If no agreement can be reached between parties and no government was unable to command enough support to get the Queen’s Speech through parliament there would be a need for a second election.

ITV has warned that the political paralysis may take its toll on advertising revenues. The Forum of Private Businesses and the Institute of Directors have expressed similar concerns over how the hung parliament could have a negative impact on the economy. 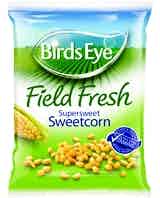 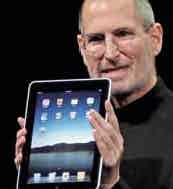 Apple is today launching the UK pre-order process for the iPad, with mobile operators also announcing details of their supporting 3G price plans for the device.