The recruitment process to find his successor is underway. and will be managed by Lettie Hannon, IPA director of resources working to Moray MacLennan, the former president of the IPA.

The IPA will also be employing the services of an executive search consultancy to be appointed in the first week of July 2010.

The recruitment process will also involve the input of the IPA president Rory Sutherland, past president David Pattison, the Hon. Secretary James Goddard, the Hon. Treasurer Graham Golding, and the president-elect, to be nominated in December 2010.

Pringle’s successor is expected to be in place by 1st June 2011 to allow for a two-month handover.

The body says that continuity in the role is very important, especially since there is a new IPA President every two years. The position will be offered on the basis of a rolling contract for an initial five-year period with the option on either side to renew, or not, for a second five-term term.

Moray MacLennan says: “Hamish has been an outstanding director general of the IPA. His commitment has been total and he has been passionate in promoting the value of agencies.

“Always challenging business practices and organisational structures where appropriate, Hamish has inspired new ways of thinking, and has always been on the front foot when defending our industry. TouchPoints, Diagonal Thinking, Big Tent, are just some of Hamish’s initiatives, and somehow he’s also managed to find the time to author four books!

Pringle adds: “I believe strongly that these sorts of jobs have a natural lifespan and I’ll have done ten years by the time I’ve completed my tenure as director general, in addition to the two years as a consultant to the IPA before that.

He said that he’d like to stay involved with the industry in some way and it’ll be interesting to see what new challenges come up during the next year.”

The IPA has recently been vocal on issues including the proposed cuts to Government marketing spend and the issue of marketing to children. 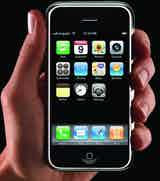 Apple is expected to unveil an updated iPhone at its Worldwide Developer’s Conference in San Francisco today. 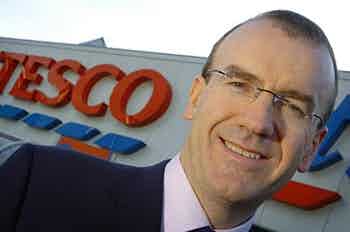 Tesco chief executive Sir Terry Leahy is to retire as part of a senior management overhaul that sees him replaced by head of international Philip Clarke.