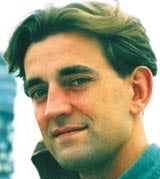 IPA president and PHD chief David Pattison urged delegates at the Thinkbox Experience event yesterday (Tuesday) to “speak the language of the boardroom” in order to justify and even increase their television advertising spends.

But in a panel session o demonstrating the accountability and effectiveness of television, Dairy Crest group marketing director for food Richard Tolley admitted that it was “difficult” in a mature market to show the benefit of advertising. However, he said following the introduction of more rigorous measurement benchmarks, Dairy Crest had doubled the amount spent on advertising in the past three years.

In a break- out session later at the event Justin Sampson, director of CRM at ITV Sales, unveiled preliminary findings from the broadcaster’s Fame Metrics survey and said: “TV is the best guarantor of building famous brands.”

A study unveiled by the Future Foundation also showed the power of TV as a social point of interaction.

It revealed that 80 per cent of TV viewing among all adults under 65 years old takes place with other people. That is despite there being an average of more than two TV sets per household. Even among those living alone, a fifth of viewing is experienced with others.

Original research conducted on behalf of Thinkbox, also showed that about 80 per cent believe that good TV becomes a talking point with friends, family and colleagues.