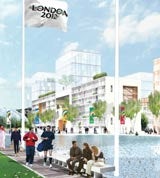 The Institute of Practitioners in Advertising (IPA) has issued a damning report on the London Olympics Bill, which it finds is severely “restricting”.

The IPA says in the report that the Bill gives the event holders too much power and will lead to price increases for official sponsors. The report adds that the Bill will restrain freedom of commercial expression and stop smaller businesses benefiting from the Games coming to London.

The Bill is being examined by the House of Commons Culture Committee. It includes legislation intended to prevent guerrilla marketing.

If the Bill becomes law in its current form, phrases such as “Come to London in 2012” would be outlawed to all but official sponsors. The IPA has urged the Government to amend the bill to ensure a “balance between freedom of commercial expression and the rights of official sponsors”.

IPA legal director Marina Palomba says the Bill will set a precedent for other major events holders and that it is “detrimental to ordinary businesses”.

She adds that the Bill also contradicts English civil law because it creates a presumption of guilt rather than innocence. The IPA says it is “manifestly wrong” that a business would be forced to defend an ad that used the phrase “Come to London in 2012”.

Your report on online market research (MW last week) gave a generally balanced view of the issues. It did not, however, identify one major concern – one that is widely overlooked when the merits and shortcomings of online surveys are debated. Almost all online research is conducted using so-called “panels” of respondents. In contrast to […]

Car dealership giant Inchcape UK has appointed BLM Media to handle its planning and buying. It is not clear whether the appointment followed a full-blown pitch. It is, however, understood that the move will not affect current planning and buying arrangements between Inchcape subsidiary internet car retailer Autobytel and Zed Media. Earlier this year, Autobytel […]

Rarely has an appointment been met with such incredulity as that of Nigel Jones as FCB London’s chief executive. While some in the industry suggest Jones may not be the man for the job, many others argue that the position is below him and that the current chief executive of direct agency Claydon Heeley Jones […]