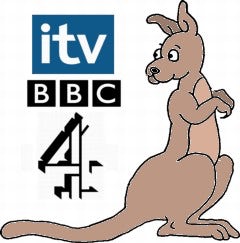 The IPA has expressed disappointment at the Competition Commission’s ruling to halt Project Kangaroo, the joint venture video-on-demand service from ITV, Channel 4 and BBC Worldwide.

The service was blocked this week by the Commission as it was deemed anti-competitive to other on-demand content providers.

Geoffrey Russell, IPA director of media affairs, said, “We found ourselves torn between the desire to see VoD grow as a result of Kangaroo raising the sector’s profile and the dangers of allowing the creation of a giant, which might subsequently exploit its dominant position to the detriment of advertisers and viewers.

“We’re disappointed the opportunity Kangaroo offered for growing the VoD market appears to have been blocked, but would still hope that some means might be found whereby fears over the availability of original material to other channels might be overcome,” he added.

The joint venture’s shareholders have said they won’t appeal against the ruling. The partners will now take part in ongoing consultation with the Competition Commission to determine the full extent of the ban.