In his inaugural address to IPA members in London today (17 April) Priest said the stagnant eonomy means brands are calling for agencies to be commercially creative and demonstrate value to their businesses more than ever.

To help define commercial creativity, the IPA has created a Client Council, made up of a number of “influential, forward thinking opinion formers” from a cross-section of industry sectors (members listed in box below. Priest said the Council will help advertisers “shape our common future”.

In June, the IPA will kick off a series of hackathon-style events with participants including both Client Council members and agency executives, who will be asked to demonstrate how they are adapting their way of working to deliver commercial creativity and also debate areas of best practice and thought leadership.

Also in the context of commercial creativity, the IPA is currently in dialogue with brand-side marketers about the “modern briefing” to ensure briefings contain enough commercial content to make agencies more agile and open to innovation and experimentation.

Taking the Oreo Superbowl lights out Twitter ad placement as an example, Priest suggested agencies could start acting like “real time publishers” by adapting old processes and also evaluating the success of campaigns in real time.

To build agencies’ skillets the IPA will be offering more digital training and qualifications in partnership with clients, building on connections already established with the likes of Google, Facebook and Twitter.

Priest concluded his speech by saying: “I make no apologies for my agenda focusing on the practical and action orientated – I have never been one for ideology or over intellectualisation – and trust that by the ned of my two years that through our combined actions we will have helped out industry to move into a new phase of confidence and prosperity. A new era of commercial creativity where we’ve evolved and adapted with our clients for the benefit of all.” 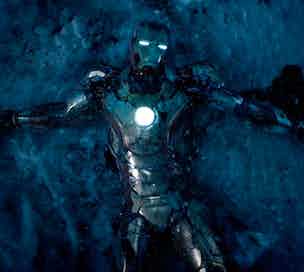 Audi is launching a raft of marketing activity to support its sponsorship of upcoming Marvel release Iron Man 3.