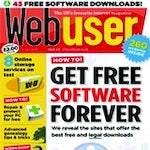 IPC Media is also said to be in talks with 207 Investments and Tri Active Media regarding IPC titles Superbikes, Hi-Fi News and Prediction.

In August it was reported that IPC Media was also talks with Vitality, partners of 207 Investments and Tri Active Media, over the sale of lads magazine Loaded.

The figures, which feature in the company’s 2009 annual report, show Bauer off loaded mobile blogging firm YoSpace Technologies for just over £1 in April, and NextGen Publishing, publishers of FHM India, for 40 rupees (50p) in July.

YoSpace and NextGen for were previously acquired for £13m.

Bauer Consumer Media was formed in 2007 following the split up of Emap, with the consumer arm sold to Bauer, and Emap’s trade businesses being sold to a consortium made up of Guardian Media Group and Apax Partners. 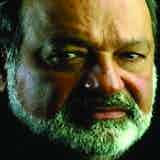 Carlos Slim, the world’s richest man, is using the might of his global telecoms giant Telmex to enter F1 after the shock failure of the BMW Sauber project.