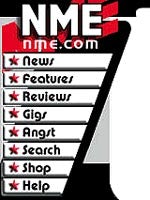 IPC has poached Mike Soutar, editor-in-chief of the US edition of Maxim, from rival Dennis Publishing to become managing director of its music and sport division.

Soutar accepted the job, which includes responsibility for such titles as Loaded, NME and Later, as well as online brands nme.com and uploaded.com, a few weeks ago.

It is understood that he had been in talks with IPC chief executive Sly Bailey for some time about possible opportunities at IPC.

Soutar replaces Andy McDuff, who resigned from the company two weeks ago. He will continue to work at Maxim in the US until he joins IPC in July.

Since moving to New York last year, he has helped increase the sales of the US edition of Maxim by 126 per cent year on year, to over two million.

Soutar was also the editor of EMAP’s FHM, credited with taking the circulation from 50,000 to more than 500,000 in just over two and a half years.

He has also worked outside magazine publishing as managing director of EMAP’s Kiss 100 radio station.

Bailey says: “His unique combination of editorial and business skills will take our music and sport brands to a new level.”

Soutar’s cross-media skills will be put to the test with the development of the struggling NME brand online as well as masthead programming.

Soutar says: “My experience will be useful, having worked in different media areas.”