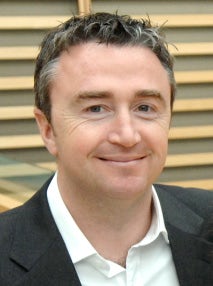 Downs (pictured) expands his remit to include celebrity/fashion titles Now and Look to create one trading and business development team for women’s weeklies division Connect and TV weeklies division TX under him.

Seven staff will now join his team of 11 who work on titles such as What’s On TV and Woman’s Own.

Acting Now and Look advertising manager Lindsay Dean takes her role permanently as a result of the restructure and will now report to Downs, who reports to IPC Weeklies group advertising director Kate MacKenzie.

IPC recently launched a £2.5m ad campaign to help boost its weekly title Look, which posted a 2.3% rise to over 314,000 in the latest ABC circulation figures covering the six months to December 08.

The Advertising Standards Authority has ruled an email promoting a film called Shifty – a British thriller about a young muslim crack cocaine dealer – was “distressing and irresponsible”. Visitors to the website promoting the film, which was written and directed by Fran Creevy, were given the option to “stitch up a mate” by entering […]

Channel 4 chief executive, Andy Duncan, says discussions for a tie-up with BBC Worldwide are “going well” and remains “confident” of a positive outcome. Duncan, who made the comments during a briefing in London today (May 6), is awaiting recommendations relating to Channel 4’s future in the communications minister Lord Carter’s Digital Britain report on […]

We7, the advertising-funded free, legal on-line jukebox, is now available through micro-blogging medium twitter. Users of We7 can now share their music through their twitter status. They will be able to click, listen, share and buy music. Advertising funded “free” online music models have recently come under the spotlight with the rapid take up of […]