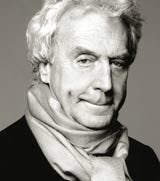 Interpublic Group is understood to be planning to rebrand the beleaguered Lowe advertising network in an attempt to sever its association with Sir Frank Lowe.

It is thought that IPG is using the working title 24 for the network, and is planning to rename each of the network’s offices 24, followed by the names of the managing partners. Following the rebranding exercise, likely to be announced next week, Lowe London is expected to be called 24 Lace Morris, after chief executive Garry Lace and creative director Ed Morris. A Lowe Worldwide spokeswoman declined to comment on the rebrand, but the working title is thought to be inspired by the theme of 24-hour creativity.

The move would end weeks of speculation about the future of the Lowe network, following the loss of the &£45m Tesco advertising business to Sir Frank’s start-up Red Brick Road.

Lowe London has since been dogged by rumours of internal strife and other high profile losses, including Persil and some General Motors business.

Sir Frank retired from the Lowe group in 2003, a year after standing down as a board member of IPG, which bought the agency that he founded. His departure was accompanied by acrimony between Sir Frank and IPG chief executive John Dooner, who is thought to have engineered Sir Frank’s departure.

It was said at the time that Sir Frank looked down on Dooner’s approach to advertising, and was bitter about losing out to people he considered lacked an understanding of creative work.

The rebrand also comes a year after the appointment of Lace, which led to the departure of the then managing director Mark Cadman, and planning director Russ Lidstone.