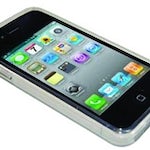 Papermaster has left for undisclosed reasons, 16 months after joining Apple from IBM as senior VP of devices hardware engineering, to oversee the development of its iPhone and iPod Touch devices.

His departure comes soon after the company had to publicly apologise to iPhone 4 users over connectivity problems with the device (nma.co.uk 19 July 2010). Users complained that the device would regularly drop calls when held in a certain position.

The problem was deemed so severe that, in a rare move for Apple, it offered device owners a full cash refund within 30 days of purchase or a free case to improve its signal reception.