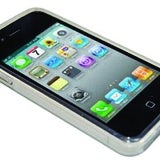 The company’s iPod is at number three on the list, with parent company Apple at 18.

Also on the list are British brands BBC, Cadbury and Virgin Atlantic, according to the research by brand consultancy Clear, which spoke to 4,000 UK consumers.

Only a quarter of the 100 brands are luxury goods and the top 10 includes not-for-profits Red Cross and Fairtrade.

Brands were ranked according to whether they are something a consumer respects, is attracted to and would love to use in the future.

Those that did well were identified by consumers as having clearly defined personalities according to Clear’s director of strategy Nick Liddell.

“They tend to stand for something very distinct in the minds of consumers. They need to have a clear idea of either whom they are or who they want to be. And if they don’t, it’s very difficult to create desire,” he says.

The mix of categories on the list also shows that marketers must think broadly about their brands, says Liddell.