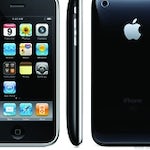 The research firm said that while Apple device owners make up only 4% of all mobile users, they account for a disproportionately high proportion of mobile media consumption and data use.

It found 94% of iPhone owners use mobile media on a regular basis, with 87% using apps and 85% browsing the mobile internet on their phones.

Jeremy Copp, European VP of mobile at ComScore, said, “To date the iPhone has had a disproportionate impact on the European mobile market considering its relatively modest base of around 10m owners.”

The findings come ahead of the UK launch of the iPhone 4 tomorrow, with one operator, O2, having dropping the ’unlimited mobile internet’ tag from its iPhone tariff advertising (nma 17 June 2010).

ComScore also indicated that the number of people with smartphones using Google’s Android operating system is rising at a faster rate.

Copp said, “Google’s Android is most certainly the one to watch. It has gained about 1.7m users in a very short period of time and now accounts for 3% of the European smartphone market.”

Mobile media consumption among Android owners is also very high: 89% use mobile media, 78% use apps and 83% browse the mobile internet.

The number of smartphone owners in Europe is growing 38% every year, according to ComScore.

The research firm monitored smartphone ownership and use in Europe’s five largest markets: the UK, Germany, France, Spain and Italy.