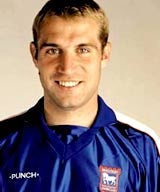 FA Premier League team, Ipswich Town Football Club, which is on course for a lucrative UEFA Champions’ League spot, is understood to be looking for a sponsor to reflect its European ambitions. The search marks the end of its six-year relationship with Greene King.

Ipswich is looking for a three-year deal, believed to be worth about &£2.5m. The package is likely to include the renaming of its Portman Road stadium – its home since 1907 – and the club’s youth academy after the new sponsor.

Greene King’s association with the club was worth a total of about &£600,000. For five of the six years that Greene King was sponsor, the club has been in the Nationwide Football League.

NTL, BT and National Power have all been tipped as potential sponsors.

A source says: “The club is not unhappy with Greene King. But the value of the property will exceed the amount on the table. Greene King is an East Anglian bitter company and will not be able to come up with the amount that Ipswich is looking for.

“The club hasn’t ruled out dual sponsorship, which would mean separate sponsors for its domestic and European games.”