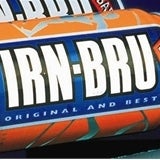 Energy drink Irn-Bru is under fire from the Strathclyde Police over its latest advertising campaign featuring a man dressed as a cuckoo bursting into a library, abusing the librarian and telling students to stop reading books.

The Scottish Violence Reduction Unit, a division of the Strathclyde Police, has complained to the Advertising Standards Authority (ASA) that the campaign for Irn-Bru 32 condones aggression. The ad, created by The Leith Agency, has attracted 19 complaints so far. The advertising watchdog is investigating the complaints.

This is not the first time that the high-caffeine energy drink has faced a backlash against its advertising. In the past, other Irn-Bru ads have been criticised, including one featuring a housewife surrounded by husband and children, who reveals that she “used to be a man.” The ad then showed her whistling as she shaved her face. The ad was censured because it reinforced negative stereotypes of transsexuals. Another ad, showing an elderly woman on a motorised wheelchair stealing Irn-Bru cans, was criticised by disabled rights groups. A different execution featured a midwife trying to coax a baby from its mother’s womb while waving a can of Irn-Bru.

â¢ The ASA has not upheld complaints about a British Gas mailer called “Who’s knocking at your door?” The mailer referred to a BBC Watchdog report exposing sales methods of some of rival Scottish &amp; Southern Energy’s (SSE) sales staff. The leaflet said: “We wanted to reassure you that British Gas sales staff are supervised and quality checked regularlyâ¦. However, if the representative is from another company, we wanted to offer you a few essential facts and helpful hints to help you to respondâ¦” SSE complained that the mailing was misleading because it implied all of its sales activity was conducted using unacceptable methods, and that it used an “appeal to fear” to scare potential SSE customers from considering competitive offers made by legitimate channels. Both complaints have not been upheld.