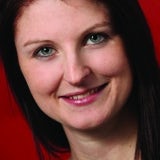 Tesco is launching a trial of augmented reality (AR) in its stores. At last, an example of a brand using AR in a way that’s relevant to the business and its customers.

The supermarket is working with AR firm Kishino, on a “world first” online and in-store trial to use augmented reality technology to supplement its “real” offering.

It will use the technology to allow shoppers to see a hugely expanded range of products in stores – more than could physically fit on the shelves – meaning it can sell more bulky non-food items without taking up any more floor space.

Online customers will also be able to interact with a range of 3D products online “bringing them much closer to the real life shopping experience”.

For example, a customer looking to buy a TV online can use the Kishino app to rotate a virtual TV to see the connector points on the back and get an idea of the actual size.

It’s the first time the technology has been rolled out in retail rather than being used as part of a one-off advertising campaign and it has more value than an AR stunt that isn’t really going to offer the consumer any kind of added value.

Here’s a video to explain how to use it…

Tesco believes it will enhance the customer experience and that it will reduce the number of returns from online purchases because consumers will have a better idea of what they’re buying,

Stella Artois was one of the first brands that used AR well. Its bar finder app, launched way back in 2009, used AR and geo-location technology to help users find the nearest bar that stocked Stella. Relatively simple in its concept, it gave consumers genuine value, and it was a bit of fun.

Augmented reality firm Blippar, appears to have the monopoly on AR, with Mercedez Benz, Cadbury and Heinz all dabbling in its image recognition capabilities to ad an augmented reality element to campaigns, but I’ve yet to be really impressed with what they offer.

The Cadbury Blippar app, invited consumers to scan a bar of Dairy Milk, which then took them to a game they could play on a smartphone, but I couldn’t really work out why a consumer would want to use it. Marketing Week’s digital reporter Lara O’Reilly has previously blogged on it, you can read her blog here.

Of course someone has to try these things to figure out how they can be used, what benefit they have for consumers and for the brands that want to use it, but doing it for the sake of it just makes brands look try-hard and out of touch. Tesco is at least trying it out in a way that is relevant to its business, and offers it and its customers some added benefit.

If it proves viable for Tesco and popular with customers, this could be the turning point for augmented reality and the new reality of retail. 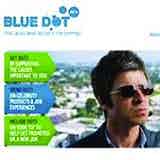 It is no longer just broadcasters creating online video content, and there are increasing opportunities for advertisers to engage consumers in the space. 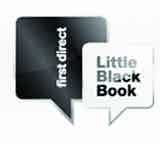