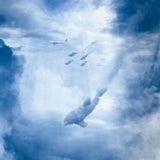 Bartle Bogle Hegarty’s announcement last week that it is resigning its European portion of the &£50m Sony Ericsson mobile phone account has focused attention on the rapid pace of change at an agency seeking to cope with the many new accounts it won last year.

One observer claims that the shop is “overwhelmed” by new business, including the &£60m British Airways account, the &£140m Persil/Omo business and other accounts such as Vaseline, Electrolux, Dunlop, Burton’s Foods and Google. He says the agency is “like a rabbit caught in the headlights” as it beds in the new accounts and this is affecting creative output, demonstrated by the dearth of significant creative awards it has won this year.

No one is suggesting that BBH’s problems are critical. After all, it always takes time to integrate new clients. Indeed, many rivals would relish the challenges the agency faces in coping with its massive commercial success. But BBH has built its reputation on creative excellence with clients such as Audi, Levi’s and Lynx, and many observers are wondering if it can scale the same heights with other brands. “Where is the new Lynx? The Audi idea ‘Vorsprung Durch Technik’ is two decades old,” says one source.

There are question marks over its strategy for BA, which is rumoured to have rejected some of its creative treatments. BBH resigned Sony Ericsson – a notoriously difficult account – after the company asked branding agency Wolff Olins to create a rival strategy. Its founding client Levi’s is reported to be in discussions with other agencies and Woolworths is “looking at options” for advertising its new Ladybird chain (MW last week). Meanwhile, BBH’s Barclays Bank and Woolwich campaigns have been widely derided.

Getting back in the swing

Adding to the changes, new managing director Ben Fennell – who arrived from the agency’s Asia-Pacific office in March – is re-acclimatising to the ultra-competitive London ad scene after a four-years absence.

But 34-year-old Fennell, who started at BBH 12 years ago as a management trainee, brushes off the criticisms. “I don’t accept that creatively we have gone off the boil. Is the work as good as it could be? Absolutely not – but we will always say that. What we care about in the long-term is that we are always at the top slugging it out with the best.”

He admits: “We beat ourselves up quite a lot” about the agency’s failure to win awards at Cannes and the British Television Advertising Awards this year. But he praises work for Castlemaine XXXX and the BA executions. He adds that hiring art director Mark Reddy from McCann Erickson has enabled BBH to produce excellent print work and thinks bringing in Kevin Brown from Soul for “engagement” planning is an important move. Fennell also points out that the BA and Omo/Persil wins are global, which means the “strain” is shared across the six-office network.

And he stands by the agency’s push to launch new divisions, which some see as a distraction from the main task of servicing its &£250m of new business. The latest new venture is Zag, specialising in developing new brands and run by former Lynx/Axe brand director Neil Munn.

BBH has taken on 122 new staff in 12 months – during which time about 80 have left – boosting its numbers to 430. The recruits are learning the BBH approach, but a source says: “It’s quite a tough environment, either you stay forever or last two years and then they’ve worn you out.”

Fennell insists there is excellent television work in the pipeline and promises “four or five absolute belters between now and the end of the year”.