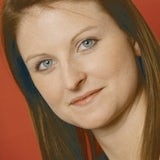 Is there trouble afoot at Best Buy? This week the electricals retailer announced that its European CEO Scott Wheway is to step down, making him the third top exec to leave since the chain launched in Europe just nine months ago.

Andrew Harrison, the chief operating officer of the European business has been promoted to president in his place.

Best Buy says that his departure has been long planned, and is part of its strategic plan to integrate its teams with partner company Carphone Warehouse, and as former head of Carphone Warehouse’s European business, Harrison is well placed to do that.

Wheway will continue to provide strategic and policy advice to Best Buy, but it does beg the question why are so many of the top dogs who helped launch the chain in the UK already on their way out?

DeVere Forster, who headed up its online business, stepped down in January just two months after the launch of its e-commerce site. He was replaced by services director Matt Kelleher.

These three departures have fuelled speculation that Best Buy isn’t happy with the speed of its roll out in the UK. Best Buy’s original stated aim was for 80 UK stores, but a year down the line, it has opened only six.

A further five are in the pipeline, but much of the nation, and Europe, remains untouched by the US giant.

It obviously takes a while to build a presence in a new market, and if Best Buy’s US performance is anything to go by, a few years down the track and Best Buy will be firmly embedded in the UK consumer rhetoric.

However, a stable leadership strategy is the cornerstone of any successful retail business and these senior level shock-exists can’t be doing Best Buy any favours. 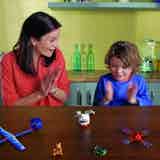 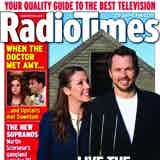 Radio Times is introducing a free branded electronic TV guide via Freeview, in a bid to boost its digital offer.