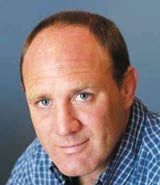 One of media’s top negotiators, Mark Jarvis, has quit Carat, where he was head of media, and is being linked with plans to set up a media planning and buying agency with former colleagues.

He may join up with former Carat managing director Colin Mills, who left the agency in February and is understood to be thinking about setting up an agency. Ex-Carat marketing director Jenny Biggam has also been linked to the project.

If the start-up gets off the ground, it would be the first high-profile media and planning agency to launch since Christine Walker set up Walker Media in 1997. Walker Media was fortunate to sign up Dixons early on, and to secure the backing of M&C Saatchi.

The media buying world has since been subjected to major consolidation as media agencies have pooled their budgets to negotiate better agency deals. The theory is that, as with other industries, volume counts when it comes to buying media.

But one industry insider who has worked in a number of small agencies claims that this is not always the case. He says generous discounts on inventory can often come the way of smaller players from media owners reluctant to set a precedent with larger agencies.

He adds that small agencies with large clients can also compete on rates with the big boys, and points to The Allmond Partnership, which handles television buying for BT.

But Interpublic Group’s Brand Connection managing director Richard Britton, who previously ran his own agency, Jones Britton Breckon Company, says: “In some areas it is difficult for small agencies to compete on cost – for instance, TV and certain areas of the mainstream press.” He adds that they can do so in specialist areas such as a recruitment, travel and entertainment.

Even where smaller agencies are able to compete on rates, the difficulty is convincing potential clients they can do so, says the industry insider. He explains that clients think they are getting a good deal with larger agencies because of pooled buying, but because of the way agency deals are managed, bigger clients often benefit at the expense of smaller ones.

Another industry insider agrees: “Not everyone is getting a good deal and very few clients have a clue how the deals work. The whole agency deal model is probably ripe for change.” He adds that agency deals suit few broadcasters in the multi-channel world, except ITV. 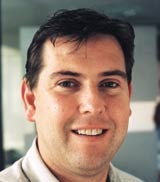 Agency deals are also set to come under the spotlight when Ofcom reviews TV trading in the near future.

Whether or not the agency model stays put, there are other potential barriers to setting up a media buying agency. New agencies must gain accreditation from TV Eye. In the past this has not been forthcoming unless an agency could prove a history of trading, so start-ups have struck deals with other media agencies to trade through them.

Furthermore, credit insurance must be obtained on clients. Such financial commitments probably discourage many from setting up a buying and planning agency. Instead they opt for the less financially onerous route of launching planning agencies.

Backing from a large network or from a large client would help overcome these financial hurdles. It has been suggested that Mills could head a London office for former Carat employees Eryck Rebbouh and Bruno Kemoun, who head KR Media, which has secured backing from WPP Group. But sources say this may not happen. If a new buying start-up does launch then it will send a shiver of excitement through what is commonly thought to be a mature industry.