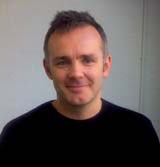 London’s creative community will always toast a great advertising idea that translates into a series of award-winning campaigns, and Wieden &amp; Kennedy has enjoyed its fair share of toasts recently.

The agency that made Nike a global household name has been riding high on the back of its critically acclaimed Honda ads, but for all its successes the London hot-shop still only has a handful of major accounts, and admits it does not reach out to the majority of the client community.

W&amp;K London won six new accounts last year, including Pizza Hut, Yakult and a place on the COI roster, and lost just one (Sky One), so it would be unfair to call it a commercial underachiever. But critics say it suffers from being a US export, forced to set up shop in London in 1998 because it was the only way to win global client Nike’s UK business. One advertising insider says: “W&amp;K London had an agreement with Nike barring it from any new business efforts for the first six months in the UK. This has stunted its growth and reputation.”

The agency struggled with a succession of management changes in the UK, with three managing directors leaving in the first two years. Another source says: “It was not a good start to have an American team running a British advertising business. Also, because W&amp;K came to the UK at the same time as Fallon, which started almost as a franchise business with a successful home-grown team, W&amp;K seemed like a disaster waiting to happen.”

But the turning point was the appointment of Amy Smith to run the London agency in 2001. Smith, who oversaw the famous Honda Cog ad, was later replaced by former Euro RSCG marketing director Neil Christie, who led the pitch to secure the Honda business while freelancing with the agency and in 2004 was appointed as its new managing director.

Former Honda UK marketing director Simon Thompson says: “W&amp;K is an ideas business that has a sense of complete and utter belief in itself and therefore knows about the joys of producing great work.” But he adds: “W&amp;K is only for clients that can take on an agency that isn’t cheap – the agency has incredibly independent-minded people and takes a relatively long time.”

Thompson is leaving the company to join Motorola as its European marketing chief, but just how his departure will affect Honda’s relationship with the agency remains to be seen. Christie points out that Honda’s sales have increased 35% in three years – in a declining market and on a reduced advertising budget. Such has been W&amp;K’s success that industry observers are starting to ask if it can go on to be the next Bartle Bogle Hegarty.

Thompson says: “BBH, without doubt, is the best marketing business in the world. W&amp;K, however, has never been interested in becoming big, and its only mission is to be the best creatively.” Christie adds that there is no reason to become another BBH, especially at a time when W&amp;K’s global reputation is “largely driven by the London office”.

The agency has certainly raised the creative bar with Honda, but its Pizza Hut campaigns have not captured the imagination in the same way. There have been rumours that the account is unstable; the claim is denied by both parties.

Industry gossip aside, W&amp;K is not short of admirers. Publicis chief executive Grant Duncan and Euro RSCG managing director Simon Toaldo both agree the agency produces “great work” because it is liberated from the pressures of being part of a global network and therefore the need to fight for every client on the move.

Everyone in the ad world knows what W&amp;K is about, but the agency’s creative ambitions could be enhanced by shouting a little louder to the rest of the marketing village.