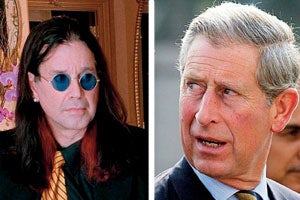 For over half a century, UK advertisers have categorised the population according to the jobs people do.

The ABC1 social grading system has become the first port of call for brand owners looking for information about their consumers and is the primary trading currency for newspaper, television and radio sales.

But the value of the system – launched by the National Readership Survey in 1956 – is being called into question. In an age of one-to-one internet marketing and as a mass of lifestyle and postcode data about households becomes available, many market researchers believe social grading has had its day.

As society becomes increasingly diverse and people’s aspirations change, the six monolithic divisions – A, B, C1, C2, D and E – which are worked out according to the respondents’ professional positions and how many staff report to them, appear, to some, increasingly clumsy. That said, when adding in information about the regions where people live and their age, the data gets richer and more complex.

But an array of alternative profiling methods have been launched, with products from Experian, Acxiom and CACI dividing the population into ever smaller and more tightly focused groups. These are based on past consumption habits, location and lifestyle data. Meanwhile, other research methods have focused on people’s attitudes rather than their behaviour or economic and demographic information.

Proponents of social grading accept that simply measuring audiences by jobs, age and region is very general, but insist that it still has many uses and will continue to help advertisers target their products at the right people for a long time to come.

One critic of the social grade system is Nick Murray, planning director at KLP. He says that those media using the ABC1 measures are generally in decline, from ITV1 to national, daily and weekly newspapers. By contrast, media that are more segmented are growing. “We are now a cellular society, made up of attitudinal rather than economic or demographic groups,” he says.

Groups and sub-groups
While social grade may inform the beginning of any research process, Murray favours the social values measures developed by Dr Liz Nelson (founder of Taylor Nelson, now owned by Sofres) in the early 1970s. These are based on Maslow’s hierarchy of needs and categorise people into three broad groups. There are the “sustenance driven” settlers, who crave safety and belonging. Then there are “outer-directed” types who search for esteem from others through the products they buy and experiences they enjoy. Then there is the “inner-directed” group who are autonomous and decisive, non-materialistic and enthusiastic in challenging orthodoxies. These are the so-called “self-actualisers”. Each of these groups is further split into between seven and 12 sub-groups.

This research method was sold by Taylor Nelson when it was acquired by Sofres in 1997 and is now owned by research company Consumer Insight. People are allocated to the psychographic categories according to answers to 400 questions about attitudes and products asked in an omnibus survey conducted every two or three years. Among banal enquires such as “how often do you wash your hair?” penetrating questions about attitudes to credit risk and fear of crime are dropped in. As David Anthony at Consumer Insight says: “The key to it is that when you understand people’s values, you can understand the things they do as opposed to segmentation on behaviour. Two different people could own a BMW for completely different reasons, one for esteem, the other might be for the performance and thrill of driving it.”

Segments – chicken or egg?
A further attack on the social grade system – and a criticism of much market research – is that marketers have got segmentation the wrong way round. They should create segments on the basis of data they receive rather than making people fit into pre-established criteria.

Arguing against fitting people into broad categories, David Arrowsmith, strategy manager for customer intelligence at research company SAS UK, gives the example of two men with similar profiles. Both were born in 1948, grew up in the UK and have been divorced and remarried. They both have grown-up children, are wealthy and both take skiing holidays in the Alps. A quick look at these characteristics might lead to the opinion that they belong in the same consumer segment. But one is Prince Charles. The other is Ozzy Osbourne.

As Arrowsmith says: “ABC1 type categorisations emerged when the marketing industry didn’t have the ability or mechanism to collect and store information at an individual level. As industry trends and consumers have evolved, we now realise just how non-individual and unrepresentative ABC1 categorisations have become.”

He believes marketers are getting frustrated with the ABC1 system as it doesn’t allow them to do the sort of targeting they know they can achieve. “It is all about efficiency and return on investment,” he says. “Ten years ago it wasn’t cost-effective to target in the way it is today.”

But Guy Consterdine, a market research consultant, says that the success of the new profiling techniques do not undermine the utility of the social grade system. “It is wrong to dismiss social grade as an outdated, anti-diluvian method of measuring people. In cases where you have not got your own research defining the market in the most appropriate way, there is still power left if you use it with other data such as age.”

In one exercise for the NRS, he says: “Social grade emerged as one of the most important variables in predicting the readership of newspapers and magazines.”

He adds that social grade is still a key measure when it comes to recruiting respondents for market research surveys.

Other supporters of the social grade classification point out that it is in fact based on more complex data than at first appears. NRS, which owns the social grade data, uses Ipsos MORI to carry out some 35,000 surveys of households each year. Included in these half-hour interviews are seven questions relating to occupation and responsibility. Factors such as the number of staff that report to the respondent and whether they have professional qualifications are taken into account. Ipsos MORI has a team working on the data and constantly updates the definitions of jobs included. There are some 3,500 jobs on the database.

This information is made available to subscribers to the non-profit making NRS, including members of the Institute of Practitioners in Advertising, the Newspaper Publishers Association and the Periodical Publishers Association. The data can then be used by media agencies to plan campaigns according to social grade, age and region.

One criticism is that retired people receiving a state pension are automatically put into the E category whatever their previous job. But it should be pointed out that if they live on a non-state pension, they are categorised according to the job they held which gave them that pension.

Another supposed inconsistency concerns the relationship between income and social grade. A plumber or builder could earn more money than a company director depending on the circumstances of each.

Inescapable discrepancies
Geoff Wicken, TGI development director at BMRB and a supporter of the system, says there will always be discrepancies, adding: “My view is that at a broad-brush level, social grade is still fairly good, it still discriminates. We do ask income questions on TGI and if you cross-tabulate income versus social grade, there is a strong correlation between people in higher social groups being more likely to have higher incomes.”

Another social grade sceptic is Iain Dawson, communications planning director at EquiMedia. He says alternatives such as Mosaic, Acorn and Cameo provide a far deeper insight into audiences, though none has so far been able to dominate the market. “For example, there are 11 Mosaic groups at the top level – and it is simply a lot more difficult to remember 11 than six. Equally, we are not conversant with descriptors such as Symbols of Success or Welfare Borderlines and few people are able to tell the difference between Happy Families and Suburban Comfort. With 40 to 50 types at the next level, this is just the tip of the descriptors iceberg.”

One of the main arguments against the social grade system is that society has changed fundamentally since the system was introduced in the 1950s. The new generations of baby-boomers are much more individualistic than their parents, who tended to adhere to stricter class-based behaviour. These days the prince and the working class chap from Birmingham might holiday in the same place. However, against this view, there is evidence that the UK has one of the lowest levels of social mobility in Europe. The upsurge in mobility between the 1960s and 1980s appears to have been a temporary phenomenon according to some research and the social grades are now as valid as they ever were.

Much of this debate is another front in the battle between above-the-line advertising with its broadbrush appeal to large groups and more targeted marketing. Opponents of this direct approach claim that marketing budgets are more effectively spent through segmenting audiences into ever smaller groups.

It seems doubtful that the controversy will rage for another half century. As mass media decline, alternatives to the social grading system will eventually make the ABC1 approach look quaintly outdated.