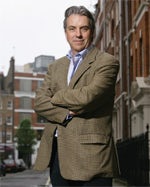 Is the Kraft/Cadbury merger really working? Certainly, we are led to believe so by Kraft Food’s chairman and chief executive officer Irene Rosenfeld, who was over here last week rallying the troops.

Back in September she told the Financial Times: “We feel terrific about the integration of Cadbury. One-third of Kraft’s top management is from Cadbury.”

Not any more it isn’t. A stream of top-level defections has now turned into a cataract. Even those who said they would stay on seem to be having second thoughts. In April, Kraft had 13 of Cadbury’s top executives still in place. Then it lost Phil Rumbol, the former Cadbury marketing director, and Mark Reckitt, head of strategy – who played a vital role in integrating the two organisations post-merger. Others soon followed.

In the past month, we’ve had a second exodus. Ignasi Ricou, formerly president of Cadbury’s European operations and subsequently Kraft’s European head of sales, gum and “candy” quit. So did Tamara Minick-Scokalo, once Ricou’s boss, now head of Kraft’s chocolate operation in Europe. Both cited “personal” reasons for leaving. And only last week, the ranks of the departees were swelled by Margaret Jobling – effectively Rumbol’s UK successor – who has decided a better future lies at Birds Eye.

No doubt the exodus will soon be staunched, if only because there are few Cadbury executives of consequence left to defect.

This wasn’t meant to happen, no doubt about it. When the deal went through in February, Rosenfeld talked up the concept of “getting the best of both”. What we actually seem to be getting is the best of one.

Although Margaret Jobling – formerly in charge of Dairy Milk – was appointed head of chocolate in the UK, it rapidly became apparent that the real power in the land was a Kraft man in Zurich.

Cynically, it might be argued this doesn’t matter very much. Rosenfeld – who was the single-minded architect of the deal in the teeth of opposition from key Kraft shareholders such as Warren Buffett – has already achieved a lot of what she set out to do. Kraft, now the world’s second largest food company, has shuffled off its dull heritage as a processed food manufacturer by repositioning itself as leading player in the higher-margin global snacks business. Geographically, it has switched emphasis from the low-growth North American market to fast-developing emerging markets. And, of course, it has acquired Cadbury’s invaluable global distribution network.

What’s more, Cadbury’s powerful growth this year has given Rosenfeld valuable leverage with sceptical investors. In the last reported quarter, Kraft revenues rose over 25% to $12.3bn – and about 90% of that uplift was due to Cadbury.

But will the goose continue to lay its golden Crème eggs? Kraft may have got hold of the Cadbury assets and the Cadbury brands, but is in danger of losing all the Cadbury expertise that made them great in the first place. That is the view of Cadbury executives who have chosen to quit.

Now they would say that, wouldn’t they (albeit, off the record)? They are preaching to the converted. Cadbury is widely admired in this country as an academy of marketing that has provided apprenticeship for many of Britain’s leading business executives. Whereas Kraft is seen as the embodiment of a machine culture that does everything – marketing included – by numbers.

In truth, this depiction is a bit of a caricature. If good marketing practice may be said to emanate from the top of an organisation, then Kraft has it in spades. Rosenfeld is that rare creature, a ruthlessly efficient operator who also lives, sleeps and breathes marketing. Much of her pedigree was acquired at PepsiCo. One phrase admirably sums up her attitude to a marketing challenge: “Commodity is a state of mind; not a category description.” Since being appointed head of Kraft in 2006 she has been as good as her word, turning some of Kraft’s key assets into global brands. For instance, Oreo – the sandwich cookie beloved of generations of Americans – is now a top brand in China.

Nevertheless, even a leader as powerful as Rosenfeld cannot single-handedly change a company’s mindset. Where Cadbury had an organic culture traceable to the vision of George Cadbury and his Quaker ancestors, Kraft’s origin is to be found in a stock market artefact. It began in the 1920s as an attempt – ultimately entirely successful – to consolidate the highly fragmented US ice cream and dairy industry. Its history has conditioned its attitude to growth. Kraft has reached global stature not through an organic and innovative culture, but by financial engineering and acquisition. The legacy is a top-down, hierarchical organisation which imposes global categories by decree and where every executive decision of consequence is closely monitored at Kraft HQ in Northfield, Illinois.

It is this bureaucratic approach to decision making that many former Cadbury people find so stifling. At least three executives to my knowledge have cited the commute to Zurich – where Kraft’s European operations are centred – as the “personal” reason for leaving (Rumbol, Minick-Scokalo and Ricou). I do not doubt them; but there must be more to it than that – and I strongly suspect that inflexible category definitions, complex reporting structures and a lack of autonomy in decision making are part of the picture.

Take Jobling – an experienced operator who was formerly in charge of Dairy Milk – as an example. Although she was nominally appointed head of chocolate in the UK following Rumbol’s departure, it rapidly became apparent that the real power in the land was actually a Kraft man based in Zurich – Luca Miggiano, category vice-president UK and Ireland. A presentation she once made had to go through 20 drafts and be checked by eight people before it was acceptable. That wouldn’t have happened at Cadbury.

The worry for Rosenfeld is not so much what is going on now as how its consequences will play out in two or three years’ time. At the moment, Cadbury and the legacy of its innovative brand culture is driving Kraft growth. But for how long will that be the case?