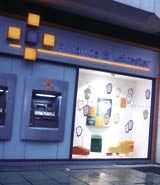 An overhaul of UK gambling laws could threaten the future of British-style promotional marketing in Europe, an industry body has warned. Institute of Sales Promotion (ISP) director-general Edwin Mutton says that if the latest proposals for the Gambling Bill, published a week ago (MW last week), become law, “it would put the UK completely out […]

Procter & Gamble is to ditch its Lenor cartons and relaunch the fabric conditioner in a new range of bottles this summer. Industry sources say the Lenor range will be given a more modern brand identity in a bid to compete with Lever FabergÃ©’s