The Pepsi True brand had only previously been available in the US exclusively through Amazon but following a trademark application with the Intellectual Property Office it looks like PepsiCo is readying a wider European launch.

It is not yet clear whether Pepsi True would also be sold exclusively through Amazon or across British retailers.

Since launching last September, Coca-Cola Life, which also uses a mixture of stevia and sugar as sweeteners, appears to have been successful. Total sales for the four-week period to 11 Oct 2014 hit £4.2m, up £1.6m over the previous month.

Coca-Cola Life’s ability to attract customers away from Pepsi brands could also be a concern for PepsiCo. Data from Neilsen Homescan revealed that 22% of Coca-Cola Life purchases over the 12 weeks to 8 November 2014 were from Pepsi Max consumers and an additional 12.5% were drinkers of regular Pepsi.

A UK launch would also offer a fresh start for the Pepsi True brand, which has run into controversy in the US. The drink was temporarily delisted from Amazon after its webpage was inundated with negative reviews from environmentalist groups who slammed the soft drink giant’s “irresponsible” use of palm oil.

Richard Ford, senior food and drink analyst at Mintel, believes it is inevitable that Pepsi will launch a counter-offensive after the initial success of Coca-Cola Life.

“With the ongoing debate around lowering sugar levels this would be a timely launch,” he said. “A stevia-based drink is also the only thing missing for Pepsi to fully align its UK product portfolio with Coca Cola so it’s starting to feel like a case of when will they strike.” 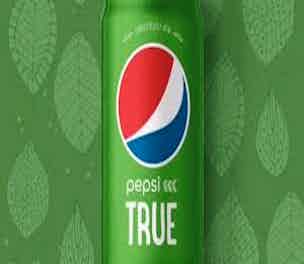 Pepsi is following rival Coke with the launch of a Stevia-filled cola it will sell exclusively on Amazon in an attempt to offer more variety to health-conscious fans of the brand.