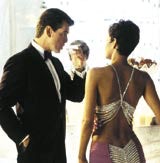 A change to the rules on product placement in British television shows could soon be on the cards, giving brands the chance to pay for exposure on the small screen alongside stars of leading soaps and dramas.

Under current European and domestic rules, paying money to have products featured in TV shows is outlawed. However, the arrival of new technology such as personal video recorders (PVRs) and video-on-demand content via cable or broadband, combined with the increasing number of homes with access to multi-channel television, is putting the effectiveness of the traditional 30-second ad spot under threat.

For both advertisers and broadcasters, product placement offers a partial solution to the problem.

Product placement is big business on US TV and in the film industry worldwide. Because of this, British advertisers have long argued that it is unfair to prevent them from paying programme producers to place their products in a TV show, while UK viewers are constantly exposed to brands featured in US shows such as Friends or blockbuster movies such as the James Bond films.

Carter picked up on this point last week: “We have had it for years in films, without viewer detriment. No one watches a Bond movie and (unless they are very rich) rushes out to buy the latest Aston Martin. So, in principle, why not in television?”

However, Carter adds that it may not be clear-cut: “In principle it is easy: yes in entertainment; no in programmes which seek to inform or educate. But in practice it is a bit harder because the genres blur more on television than they do in cinema. Clearly we need to have a discussion about how this might develop.”

Nevertheless, Carter sees the need for “new advertising techniques that could help fund content which will benefit the viewer”.

The threat of PVRs to the 30-second commercial is an issue taxing the minds of some of the world’s leading media figures.

Walt Disney Company president and chief operating officer Robert Iger, who has been named as successor to chief executive Michael Eisner, has warned that new technologies such as PVRs could result in changes to broadcasters’ business models during a speech at the Royal Television Society Conference in September. “When skipping through advertisements becomes a habit that reaches critical mass, broadcasters will have to adapt their traditional scheduling of ad breaks because the relative value of end and centre commercial breaks may change.” He added: “We expect sponsorships and product integration to increase over the next few years.”

In the US, Disney believes that PVR penetration may reach as many as 50 million homes by 2008. In the UK, BSkyB has already sold almost 500,000 Sky Plus boxes. NTL and Telewest Broadband are due to launch similar products by the end of the year.

In the UK, the Broadcasting Code is under review and industry opinion has been sought on the issue of product placement. But if any changes are made they will be subject to the terms of the EU directive Television Without Frontiers, which bans what it calls “surreptitious advertising”. However, this is also under review.

UK brands are able to get round the rules preventing paid-for product placement by giving or loaning their products free of charge to TV production companies for use in their shows. This supply of products and services is one of the few ways that brands can get exposure on the BBC.

Steve Read, managing director of First Place, which has supplied products such as vacuum cleaners and breakfast cereals to TV shows as diverse as Absolutely Fabulous and Location, Location, Location, says: “The whole point of a TV drama is to replicate real life and we live in a branded world.”

He believes the current system works well, but warns that if the rules were to be changed then some companies would try to interfere in the programme content. “It is wrong to try to influence a director’s ideas,” says Read.

An example of product placement making a programme more realistic is shown by First Place client Cisco, which has its internet phones used in a variety of police dramas. Read says: “Police forces actually use those phones, so when they are used in police dramas it enhances the set.”

Tim Brady, managing director of Alliance, the sponsorship division of Zenith Optimedia, says he believes there is no need to change the rules regarding product placement and adds that he was surprised to hear Carter’s comments.

“Things work well at the moment,” he says. “The trouble is that once advertisers pay for placement it becomes a lot more apparent and you run the risk of losing editorial control. If you cross the line then people will want a say in how their product appears.”

He also downplays the threat of the PVRs to television advertising. “BSkyB has done research which shows that once you have seen an ad, even if you fast-forward through the break you will still recognise it.”

But others, such as Peter Thompson, managing director of Hatched Brands, which counts Fiat, Renault and Volvo among its clients, says: “If over the coming years the rules are relaxed, this will open up a whole raft of excellent opportunities for advertisers. They are certainly feeling the squeeze on their traditional TV spends, caused by skipping ad breaks and ‘digital dancing’.”©

He says: “I agree with Carter’s sentiment, but the way it is done is key. There is the example of the Bond film that has 26 brands placed in it. If they limit it to five or six it is better for viewers.

“It is a question of how it is going to be done and it is also about editorial integrity, and that is where the debate will rage. But it is a lot cleaner than it used to be. People used to think that product placement was at the murky end of marketing, and that’s not the case any more. Product placement is at the stage that sponsorship was about five years ago.”

Like sponsorship, product placement is set to develop over time in its usage and sophistication. OMD director of content and branded entertainments Andrew Lord says: “If you are able to make the product integral to the script then that becomes more than just product placement, it is brand placement,” he says.

By way of example he points to a storyline in Coronation Street in 2001 that saw the character Norris Cole get involved with the census. “That was clearly hugely powerful for the COI as a piece of editorial,” says Lord.

However, even with a relaxation of the rules on product placement, advertisers must act with caution as viewers are likely to react negatively to overtly commercial messages woven into the script of their favourite soap. l